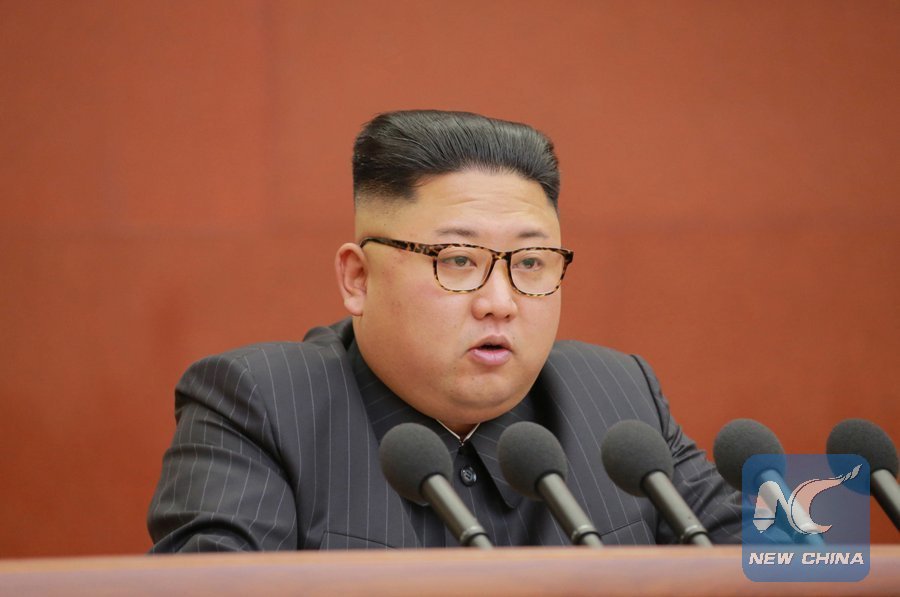 File Photo: Kim Jong Un, top leader of the Democratic People's Republic of Korea (DPRK), speaks during the Second Plenum of the 7th Central Committee of the Workers' Party of Korea in Pyongyang, capital of the DPRK, Oct. 7, 2017. (Xinhua/KCNA)

According to the "Program of Meetings and Agenda" for Wednesday published on the UN website, the 8118th meeting of the Security Council will focus on "Non-proliferation/Democratic People's Republic of Korea."

Sources said that the United States, Japan and South Korea have requested the meeting to address the DPRK's launch of the ICBM which the Japanese defence ministry said probably fell within Japan's exclusive economic zone.

It is the first launch since Sep. 15, when the DPRK fired a ballistic missile over northern Japan into the Pacific Ocean.

Since November last year, the Security Council has imposed export bans on coal, iron, lead, textiles and seafood, restricted joint ventures and blacklisted a number of DPRK's entities in response to the country's missile and nuclear tests.

It has also banned the hiring of DPRK's guest workers and capped oil exports.

Under UN resolutions, DPRK is barred from developing missiles and a nuclear weapons capability, but Pyongyang argues that the arsenal is needed for self-defense against the "hostile" United States.

"The secretary-general strongly condemns the launch of yet another ballistic missile by the DPRK. This is a clear violation of Security Council resolutions and shows complete disregard for the united view of the international community," Guterres' spokesman Stephane Dujarric said in a statement.