Interview: China's advances in quantum-encrypted communications go one up on Einstein: physicist 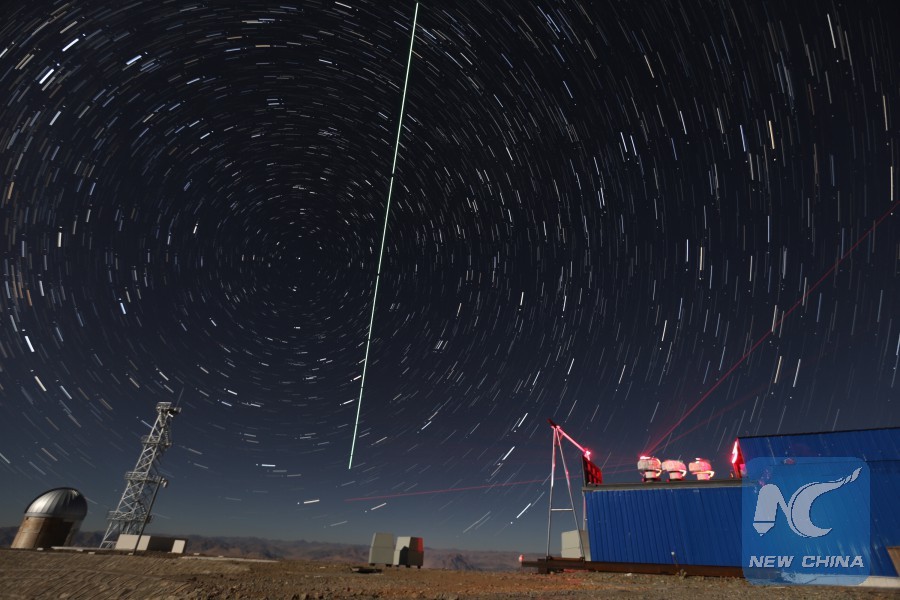 Renowned scientist Anton Zeilinger, seen as a pioneer in the field of quantum information and of the foundations of quantum mechanics, believes the landmark quantum-encrypted intercontinental video call between China and Austria is very important and impressive.

Quantum cryptography is the science of exploiting quantum mechanical properties to encrypt data. Quantum mechanics is a fundamental theory in physics which describes nature at the smallest scales of energy levels of atoms and subatomic particles.

"I see this as a part of the goal of building a future quantum internet, where in this case China enabled a worldwide quantum-secure communication," the physicist said.

Zeilinger has cooperated with Chinese physicists on quantum communications such as the Chinese "quantum experiments at space scale" (QESS) project.

On Sept. 29, a team of Chinese scientists in Beijing led by Bai Chunli, president of the Chinese Academy of Sciences, held a half-hour video call with Zeilinger, who happens to be the president of the Austrian Academy of Sciences, and his colleagues in Vienna, using quantum encryption developed from the quantum phenomena called quantum entanglement that secures the communications.

Zeilinger was particularly impressed by how smoothly the tests ran, and how good the quality of the connection was between satellites and the ground stations.

ONE UP ON EINSTEIN

For many quantum physicists, this practical application of the technology is undoubtedly an important milestone in the history of quantum mechanics, as the so-called mysterious quantum entanglement phenomena was made real.

The phenomena were the subject of a 1935 paper by Albert Einstein, Boris Podolsky, and Nathan Rosen. However, Einstein and others considered such behavior to be impossible, as it violated the local realist view of causality, and Einstein described it as "spooky action at a distance".

"Einstein himself would be really surprised," Zeilinger laughed, saying, "Because these concepts like entanglement now find practical application -- he would never have expected that."

He said the important point was that these quantum phenomena are no longer a matter of philosophical curiosity, but also an actual technology with real applications.

In practice, the first main application of the technology is secure communications, which Zeilinger believes could be used by banks, governments, and a select few smaller institutions within the next ten years, to safely exchange data and communications.

The stage is now set for the cutting-edge technology to be implemented worldwide.

With espionage and hacking of great concern, particularly when it comes to state secrets or important commercial information, the technology will be of high importance to such institutions.

Over the next 20 years, the University of Vienna professor expects the technology to spread worldwide, initially parallel to the current internet, and may later even take over as the "new quantum internet".

Quantum computers could also be employed together with the internet and satellites to form the basis of the new technology.

Zeilinger said China's success in conducting the QESS project and other cutting-edge scientific endeavors is in part due to an ability to make decisions on such projects more quickly than in Europe.

Its system sets a focus on technology, and makes sure people working on projects can reach their goals, and receive enough financial and institutional support. At present its research capacity also matches that of Europe and the United States, Zeilinger believes.

China invested a lot in quantum-related projects, and has successfully sent a quantum satellite Micius into space, while having several receiving stations domestically.

"I am convinced that this is the first step for worldwide quantum communication, so the investment is certainly well-placed for China; no question," Zeilinger said.

However, he stressed that talented Chinese scientists are crucial for this project, such Chinese quantum physicist Pan Jianwei, also the project leader.

In examining the beginnings of the quantum communications project, Zeilinger said one must look back some 20 years, when Pan conducted his university studies in Austria, in the cities of Vienna and Innsbruck.

Pan was recommended to him by the prestigious University of Science and Technology in China (USTC) in Hefei, and subsequently the talented student surprised his professor as he undertook a PhD in Austria.

Zeilinger is "very proud" of Pan, who was always enthusiastic about his work, and has now achieved technical success for the project.

He added that Pan, one of his best students, initially had a much stronger foundation in mathematical theory. Zeilinger encouraged Pan to undertake experiments, which was then on a small scale in the lab, but which are now changing the world.

The act of bridging theory with experiments proved to be something that Pan had a talent for. Some of the first ideas, concepts, experiments, and realizations of the present technology inside the Micius satellite were conceived back then, Zeilinger said.

Pan has in turn been a role model and mentor to new generations of talented young scientists in the fields of quantum computation and information. Zeilinger noted he is impressed by the level of science in China, as seen at numerous Chinese universities such as Peking University, Tsinghua University, and Nanjing University.

It was much later, some five or six years ago, that Pan returned to China and was asked if he would like to collaborate in conjunction with the Austrian team, to which he subsequently agreed.

He won the international quantum communication award in 2012. His team's work on double quantum-teleportation was selected as the Physics world top breakthrough of the year in 2015. His team won the state natural science first class award in 2016.

The world's first quantum satellite was launched successfully by China in August 2016 as part of the QESS international research project, and Pan made great contribution to this project.

For further development of the advanced quantum mechanics project, Zeilinger said it is important to have more ground stations in Europe, and also a ground network based on fiber optics -- something China is doing now.

Quantum communications will be carried out just like the present internet -- via fiber optics, computers, and satellites in many countries. In the end, he anticipates global collaboration, just as with the internet.

But for a distances of greater than 2,000 km, it is better to use a satellite for quantum communication, Zeilinger told Xinhua, saying ground stations connected via fiber optics can work over a few hundred kilometers, but otherwise lose too many photons.

China presently has plans to build more satellites for this purpose and other countries will have them too.

"I am convinced there will be broad cooperation, like ground stations will be able to maybe talk to a Chinese satellite, and maybe at other times a European satellite, and so on," Zeilinger said.

"We will certainly continue to collaborate in various ways. For example, a test is planned soon in China and the Canary Islands, which are located west of the African coast," he added.

Some challenges for the technology remain, such as to improve data transmission rates, which he conceded were presently "not very much". For this, broadband communications are required, with improvements to various transmission and receiving equipment such as satellites being deemed necessary.

At present, satellite communications are only made from one location to another. In future, Zeilinger said whole user networks -- such as one in China, and one in Europe -- should be connected with each other via satellite, and this would be considered another breakthrough in quantum communications.