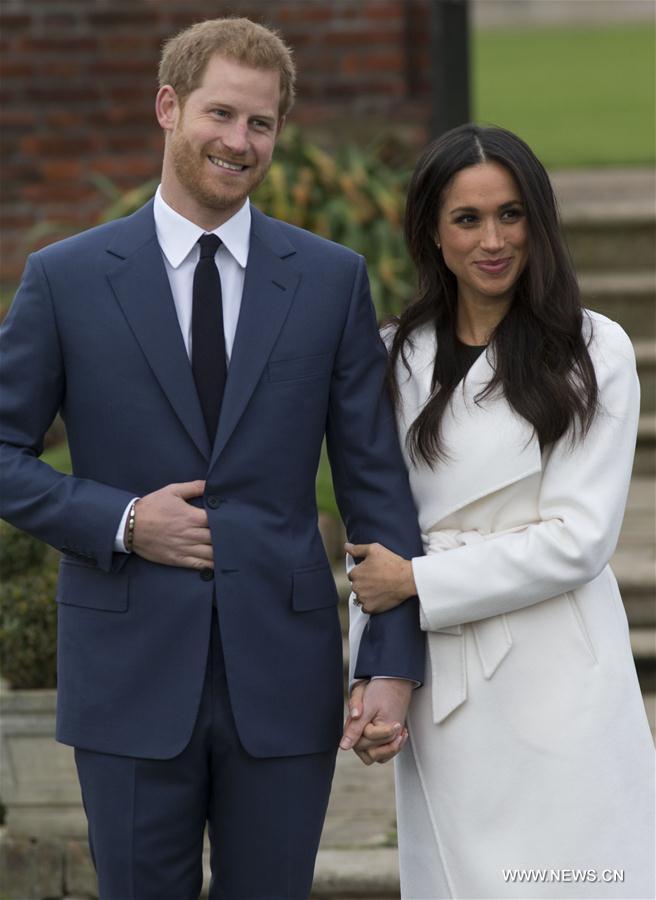 Prince Harry (L) and Meghan Markle attend an official photocall to announce their engagement in London, Britain, on Nov. 27, 2017. British royal family confirmed Monday that Prince Harry has already been engaged with his girlfriend Meghan Markle earlier this month in London. (Xinhua)

The announcement, issued by Clarence House, the Prince of Wales and Duchess of Cornwall's official residence, said the wedding will be held in spring next year and details about the wedding day would be "announced in due course".

The fifth in line to the British throne said that he has proposed to the American actress following a one year relationship and she's happily accepted.

The couple will live at Nottingham Cottage at Kensington Palace in London after married.

In a statement, Prince Charles said he was "delighted to announce" his son's news and that Harry had received the blessing of Markle's parents.

It's believed that Harry would have asked his grandmother The Queen's permission before popping the question.

Harry first confirmed his relationship with Markle in November 2016, in a statement from Kensington Palace attacking the media for subjecting her to a "wave of abuse and harassment". The two made their first public appearance as a couple in September this year.

Markle, who played Rachel Zane in U.S. TV drama Suits, was born on 4 August 1981 and grew up in Los Angeles but now lives in Toronto.