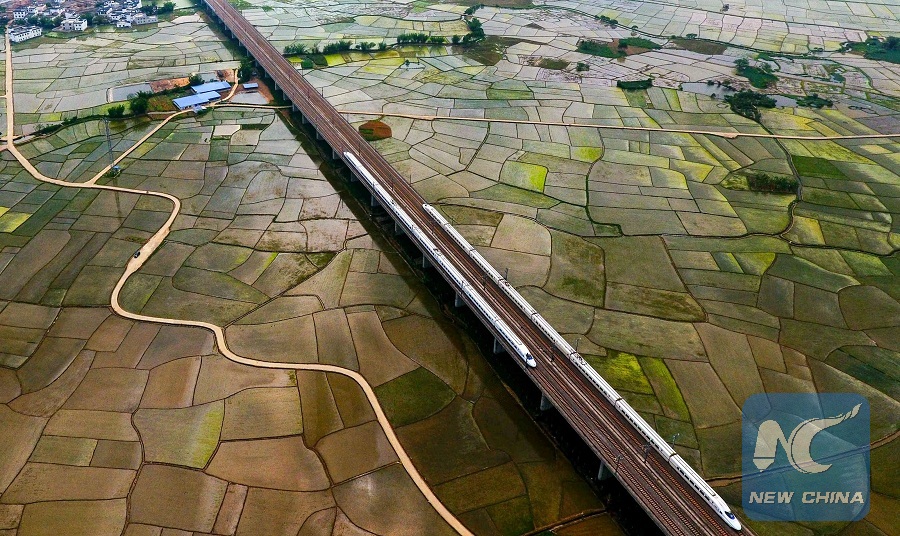 "While restructuring economy domestically, China will deliver its promises in full, and will demonstrate the country's readiness to take on responsibility for building a community of shared future for mankind," Xie said at the 23rd Conference of Parties (COP 23) to the United Nations Framework Convention on Climate Change (UNFCCC).

"China is ready to play the role, all along, as a participant and contributor in global climate governance, sustainable development, as well as a guardian of multilateral processes," said Xie.

The special representative pledged that China will work with other countries to speed up works in three aspects, including accelerating follow-up negotiations on the Paris Agreement, making arrangement for facilitative dialogues to be held in 2018, and implementing pre-2020 actions and commitment so as to lay solid foundation for trust-building.

To implement the pre-2020 actions, developed countries are supposed to carry out and improve their roadmap for mobilizing 100 billion U.S. dollars of climate financing per year to developing countries by 2020, and to further review their pre-2020 targets, Xie said.

Xie also introduced China's low-carbon development in the speech, saying from 2005 to 2015, China's economy had grown by 1.48 times, and at the same time the carbon intensity, the measure of CO2 emission per unit of GDP, had dropped by 38.6 percent, adding the country had avoided emitting 4.1 billion tonnes of CO2.

Moreover, the share of coal in the total consumption of energy had decreased from 72 percent to 64 percent in the same period, while the share of non-fossil fuels in primary energy consumption rose from 7.4 percent to 12 percent, and at the same time, the country's forest reserve had expanded by 3 billion cubic meters, according to Xie.

"China has over delivered on achieving its targets in fighting climate change, and reversed the rapid rise of CO2 emission that had lasted for years," Xie said.

In 2016, despite downward pressure on economic growth, China managed a year-on-year decrease of carbon intensity by 6.6 percent, and its share of non-fossil fuels in total consumption of primary energy reached 13.3 percent, an increase of 1.3 percentage points, Xie continued.

"This year, we will jumpstart the nation-wide carbon-trading market," Xie said, adding China has set aside a total of 100 million U.S. dollars for South-South cooperation with 27 developing countries over the years.