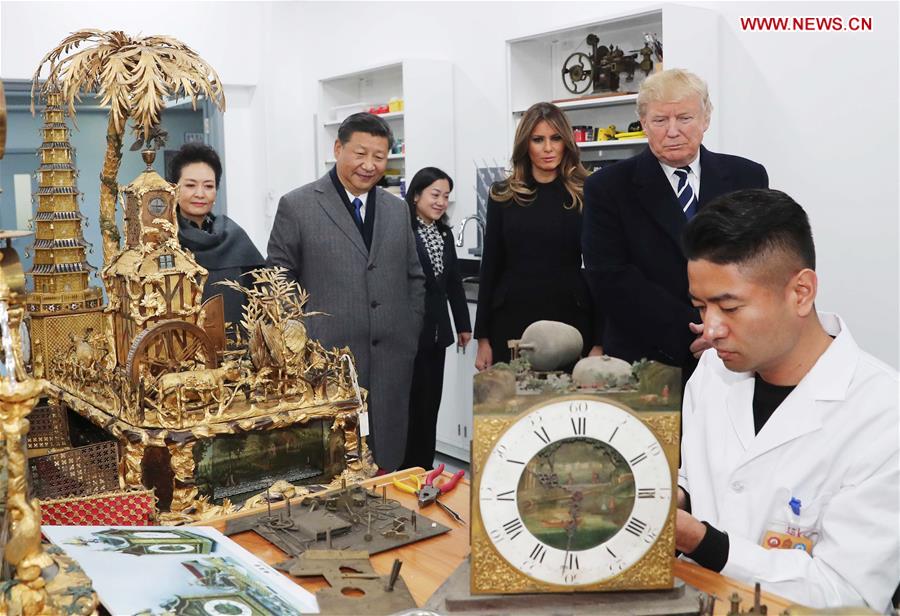 They attended an exhibition of antiques and watched the repair of some historical relics at the museum's conservation workshop, known as "the antiques hospital."

The guests were also invited to experience a Chinese painting being mounted on a scroll.

The workshop is the largest cultural heritage conservation center in China. It uses traditional techniques but is equipped with advanced technology.

The presidents made positive comments on the deep cooperation in antiques restoration between the two countries.