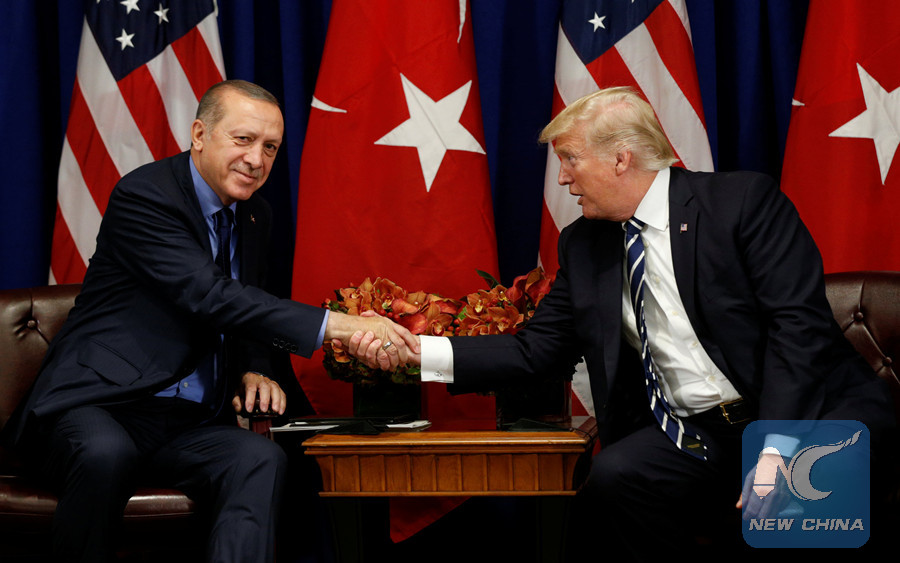 ANKARA, Nov. 6 (Xinhua) -- Turkey will resume processing visa applications at its diplomatic missions in the United States on a 'limited basis,' Turkey's Embassy in Washington announced on its Twitter account late Monday, shortly after a U.S. similar decision earlier in the day.

Earlier Monday, the U.S. Embassy in Ankara announced in a statement it would partially resume issuing visas in Turkey after getting assurances about the safety of staff at its missions there.

The move came on the eve of a four-day visit to the U.S. by Turkish Prime Minister Binali Yildirim during which he is set to meet with Vice President Mike Pence at the White House, signalling a tentative improvement and easing a nearly month-long visa row in bilateral ties.

News of the partial resumption of visa services reported by local media earlier has helped the Turkish lira strengthen to 3.8356 to the dollar from 3.8708 beforehand.

The Turkey-U.S. visa row was sparked on Oct. 8, when the U.S. Embassy in Ankara announced the suspension of non-immigrant visa services to Turkish nationals, following the arrest of a local employee at the U.S. Consulate in Istanbul, prompting a tit-for-tat response from Ankara.