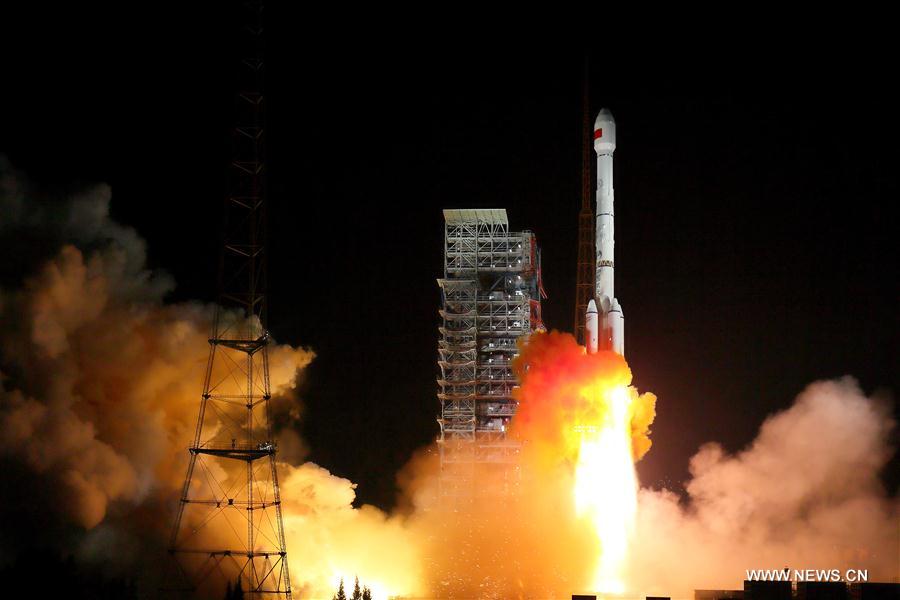 The satellites were aboard a Long March-3B carrier rocket which took off from Xichang Satellite Launch Center in the southwestern province of Sichuan.

This is the first two BeiDou-3 satellites launched by China, as its self-developed BeiDou Navigation Satellite System officially began to expand into a global network.

Named after the Chinese term for the plough or the Big Dipper constellation, the BeiDou project was formally initiated in 1994. It began to serve China in 2000 and the Asia-Pacific region at the end of 2012.

China plans to building BeiDou into a global positioning and navigation system by around 2020, making it the third country in the world after the United States and Russia to operate its own navigation system.

Compared to earlier generation satellites, the BeiDou-3 is able to send signals that are better compatible with other satellite navigation systems and provide satellite-based augmentation, as well as search and rescue services in accordance with international standards.

"New technology has significantly improved the performance of the BeiDou-3, with the signal accuracy in space higher than half a meter while its positioning accuracy has reached 2.5 to five meters, said Yang Changfeng, chief designer of the BeiDou system.

China plans to launch 18 BeiDou-3 satellites around the end of 2018 to expand the BeiDou services to the countries along the Belt and Road routes.

By around 2020, when the system goes global, it will have more than 30 satellites.

All the BeiDou satellites currently in space were sent up from Xichang Satellite Launch Center, said Lin Yunan, head of the human resources department of the center.