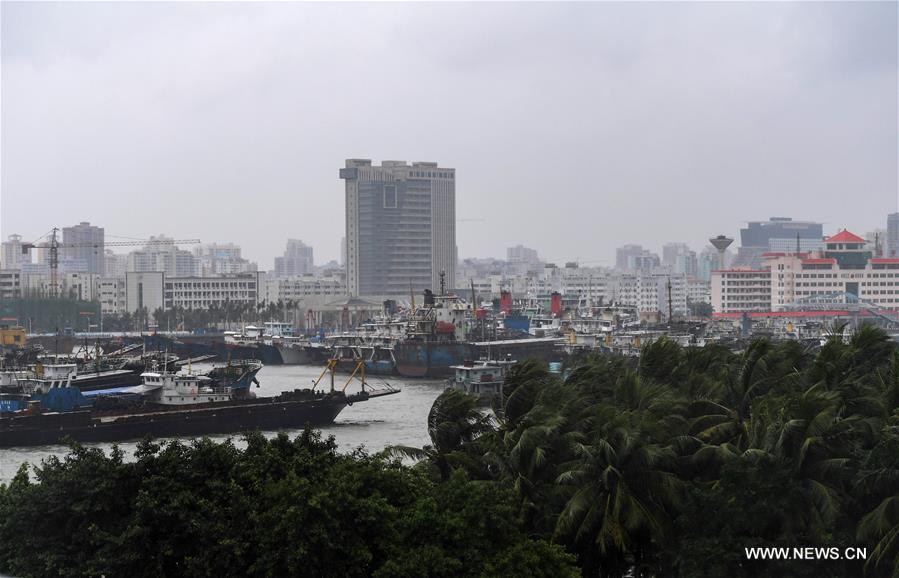 Meteorological authorities in Guangdong Province believe that Khanun, this year's 20th typhoon, will make landfall somewhere between Guangdong and Hainan provinces in the early hours of Monday.

According to the Guangdong Flood Control and Drought Relief headquarters, the typhoon will unleash gales and rainstorms, which will pose threat to dikes in the area.

Shipping services on the Qiongzhou Strait, between the island province of Hainan and Guangdong on the mainland, have been suspended. A total of 18,477 fishing boats have returned to port, and 6,971 people have gone ashore. Tourist attractions near the coast have been closed.

In Hainan, schools and kindergartens were asked to remain close Monday.

More than 335 teams made up of 6,200 workers are on standby to repair any power cable damage caused by the typhoon.

In Guangxi Zhuang Autonomous Region, at least four passenger trains have been canceled. The local government warned passengers to check the status of trains in advance.

At 4 p.m. Sunday, the eye of Khanun was above the South China Sea, 285 kilometers east of Xuwen County, Guangdong Province, packing winds of up to 42 meters per second or 151 kilometers per hour, according to the official website of China Meteorological Administration.