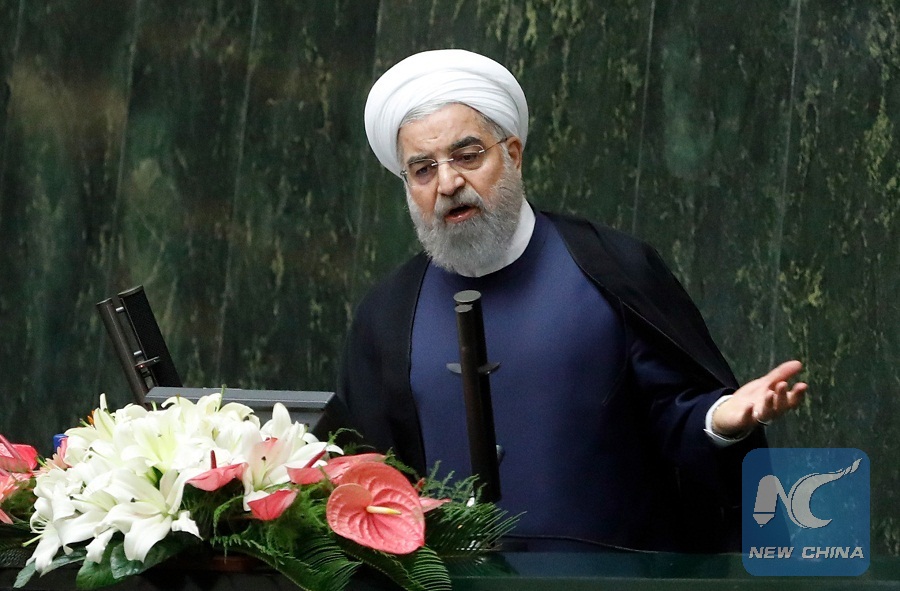 Iran's President said the top foreign policy priority for his new government was to protect the nuclear deal from being torn up by the United States. (AFP Photo)

During his trip, Rouhani will deliver a speech at the UN General Assembly and will urge the U.S. to abide by its commitments to the nuclear deal reached in 2015.

He said that the meetings that have been planned for him on the sidelines of the UN general assembly in New York is "very important."

Rouhani said that Iran has been committed to its obligations and this has been confirmed repeatedly by the International Atomic Energy Agency, the UN nuclear watchdog.

After years of tension with the West, Iran struck a deal with the world powers of Britain, China, France, Russia and the United States plus Germany in July 2015, under which Iran agreed to limit its uranium-enrichment activities in return for the lifting of western and international sanctions.

The international agreement is facing a serious threat of collapse as tensions mounted between Washington and Tehran recently, the report said.

U.S. President Donald Trump, who during his election campaign had called the Iranian nuclear deal a "disaster" and "the worst deal ever negotiated," approved new sanctions on Tehran for its missile program.