At least 2 died, 8 injured in knife attack in Turku, Finland 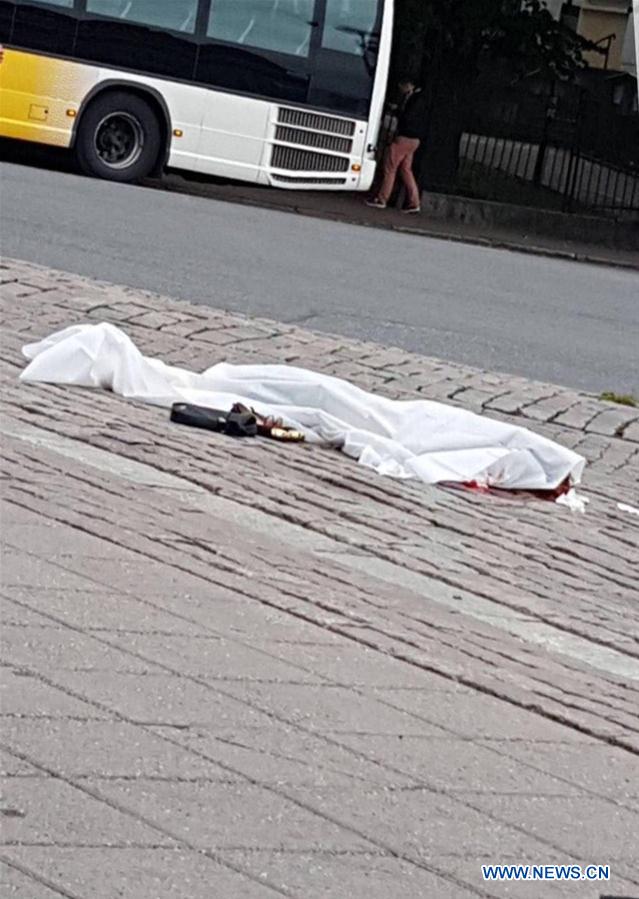 A victim is seen lying on the ground covered with a white sheet following stabbing attacks in Turku, southwestern Finland, on Aug. 18, 2017. Several people were stabbed in downtown Turku, southwestern Finland on Friday, when more than one man mounted the attacks simultaneously. At least two died and eight others were injured, according to local media. (Xinhua/Zhilwan Pirkhezri)