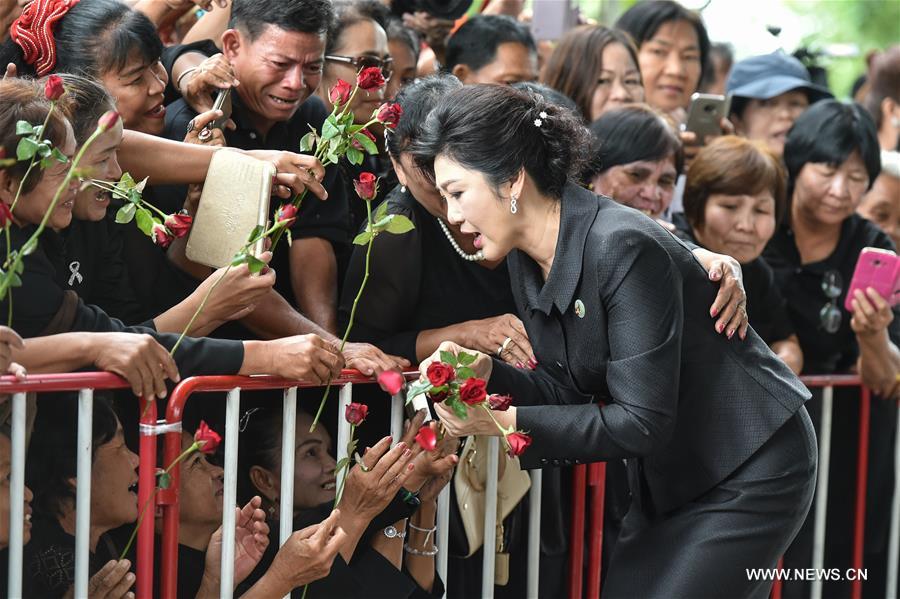 The Supreme Court in charge of criminal lawsuits against politicians on Friday set Aug. 25 as the date for the delivery of the court verdict on the fate of the former lady leader.

Yingluck has been accused by public prosecutors of alleged duty negligence and misconduct, which had allegedly spoiled the populist rice program implemented nationwide over the last several years.

Ahead of Aug. 25's ruling, Yingluck has been scheduled on August 1 to make a final verbal statement in court, followed by a final written statement of the same content to be submitted to court within Aug. 15.

The former premier had been accused of breaching Article 157 of the Criminal Code pertaining to duty negligence charges and the Anti-Corruption Act of 1999 involving misconducts in office, which allegedly incurred over 500 billion baht (about 14.7 billion U.S. dollars) in state losses over the rice program.

The Yingluck government had bought rice directly from farmers nationwide for an average of 500 U.S. dollars a ton under the scandalous rice program.

The former premier, sister of former Thai leader Thaksin Shinawatra, categorically dismissed allegations and maintained that her rice program had been only designed to bring profits to the farmers and that she had taken measures to deal with government officials involved and alleged to have committed misconducts.

On the plaintiff side performed by the public prosecutors, a total of 15 witnesses have been summoned for court hearings, compared to 30 witnesses who have testified before the court in defense of the defendant Yingluck.

Hundreds of people peacefully gathered to cheer up Yingluck outside the court. Many more are expected by police to show up on Aug. 25 when the court reads out the verdict.