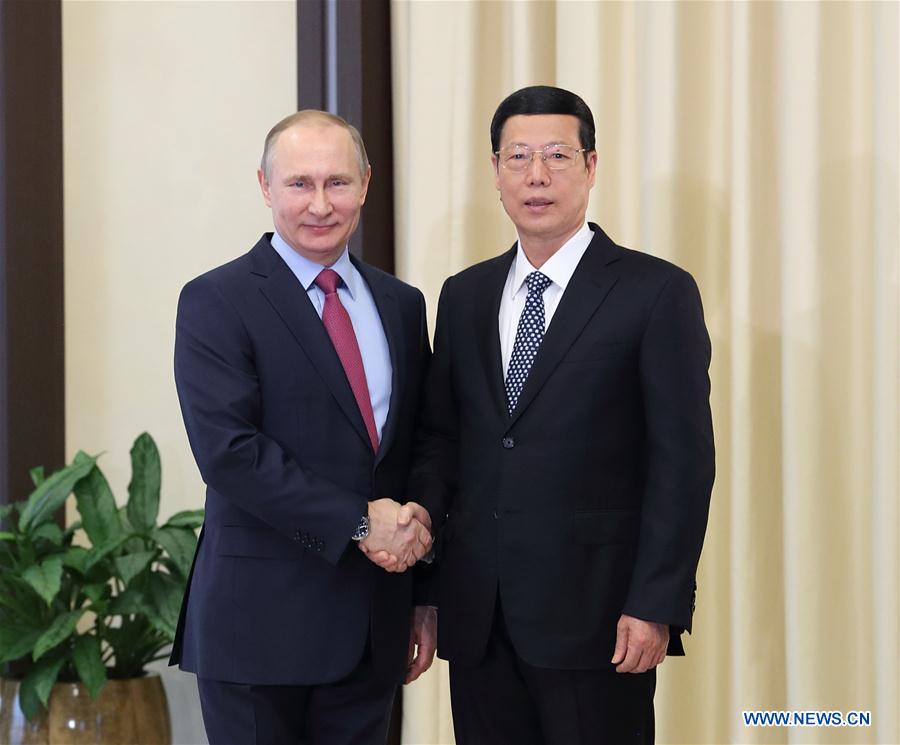 MOSCOW, April 13 (Xinhua) -- Russian President Vladimir Putin said here on Thursday that he is glad to attend the Belt and Road Forum for international cooperation to be held in Beijing on May 14-15.

China put forward the Belt and Road Initiative in 2013, with the aim of building a trade and infrastructure network connecting Asia with Europe and Africa along the ancient Silk Road trade routes.

China has viewed Russia as an important partner among the Belt and Road countries, Zhang told Putin, adding that the Chinese government will make good preparations for Putin's attendance.

It is the strategic consensus reached by both Chinese President Xi Jinping and Putin to integrate the Belt and Road Initiative and Russia's Eurasian Economic Union, said Zhang.

China has attached great importance to Russia's initiative of the Eurasian Economic Union and related ministries of both sides are in discussions of concrete measures to boost the integration, the vice premier said.

He called on both sides to speed up the construction of major energy projects, expand two-way investment and finance cooperation in order to promote the common development.

He also called on the two sides to explore new areas of cooperation in order to add new impetus into the strategic partnership of comprehensive coordination.