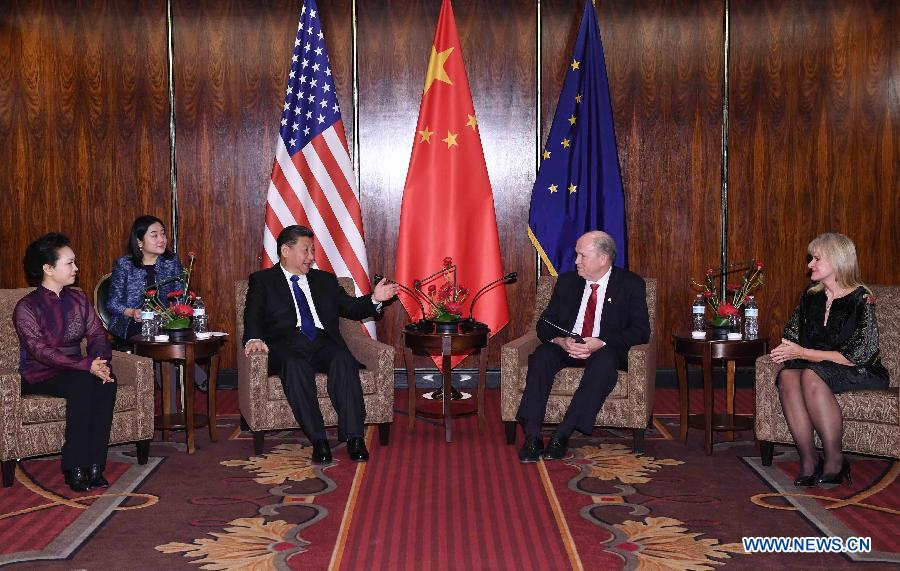 ANCHORAGE, the United States, April 7 (Xinhua) -- Chinese President Xi Jinping met with governor of U.S. state Alaska Bill Walker here on Friday, urging further regional cooperation and hailing it as one of the most dynamic aspects in China-U.S. ties.

Alaska and China have had exchanges in history, Xi told Walker, adding that the state of Alaska and its largest city Anchorage are the participants and witnesses of the development of China-U.S. relations.

Alaskan industries are complementary to those in China. Steady progress has been made in mutual cooperation and potential can be immense, Xi said.

The president suggested that the two sides should further cooperate in industries of mineral, oil, gas, fishery and tourism, initiate more exchanges in winter sports and enhance friendship among the peoples.

China is a vital trading partner for Alaska and the largest export market for its aquatic products. China's capital city of Beijing will host the 2022 Winter Olympic Games, while Alaska, the far north U.S. state, has abundant natural resources as well as snow and ice.

Walker extended a warm welcome to President Xi and expressed strong willingness to further work with China in the industries mentioned above and have closer people-to-people exchanges.

Xi met Walker while the plane of the Chinese delegation made a refueling stop in Anchorage.

Earlier on Thursday and Friday, President Xi had the first face-to-face meeting with his U.S. counterpart Donald Trump at Mar-a-Lago resort in Florida.

The meeting with President Trump was a huge success. Consensus has been reached on multiple fronts and positive outcomes have been achieved, Xi said.

The purpose of the meeting with President Trump was to set the direction for China-U.S. relations in the new era and expand pragmatic cooperation in a wide range of fields, Xi said.