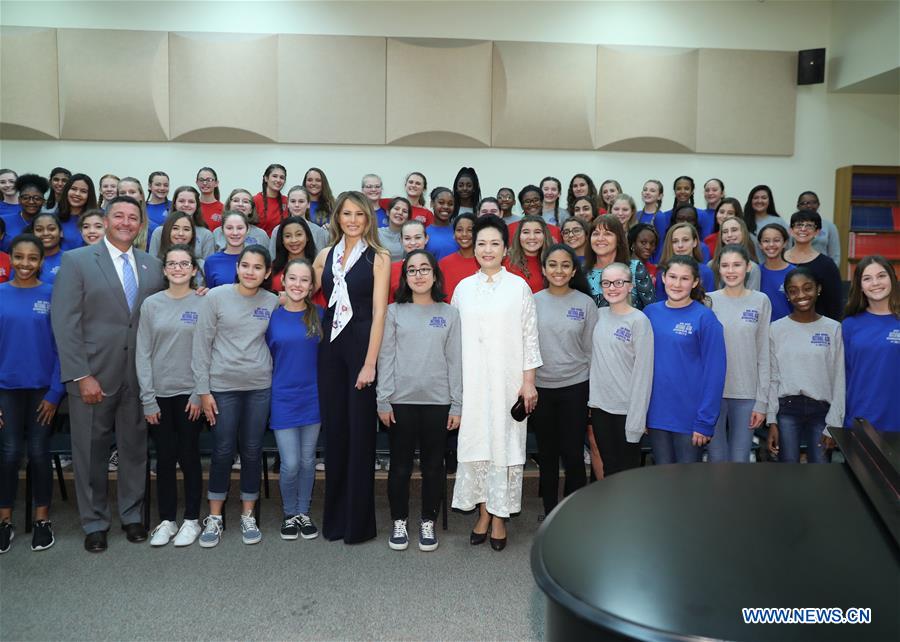 At the Bak Middle School of the Arts, Peng visited different classrooms, watched performances by students and talked with them. She also joined a class about politics and economics, answered a question from a student reporter about her connection with arts, and was presented with a student's painting as souvenir.

Noting that China and the United States should enhance communication and cooperation in the area of arts, Peng said she hopes that teachers and students of the Bak Middle School of the Arts will make greater contribution in strengthening bilateral ties and friendship through education and arts.

Peng is in Palm Beach with Xi for the Chinese president's first meeting with his U.S. counterpart, Donald Trump. The two leaders agreed that the meeting, held at the seaside Mar-a-Lago resort in Florida, was "positive and fruitful."