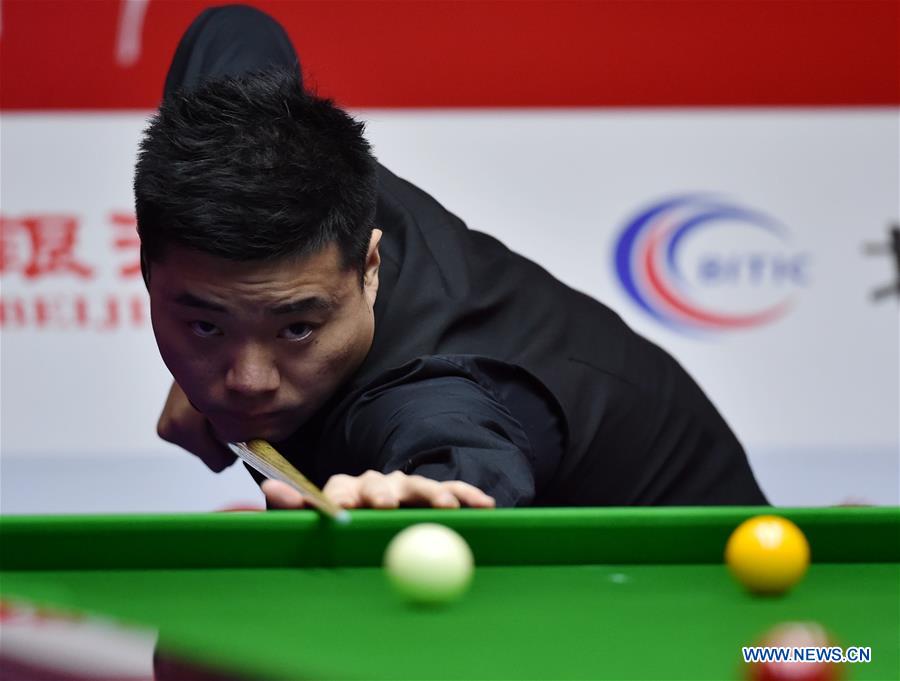 Ding was docked the first frame due to an issue with a logo on his waistcoat, and Sean O'Sullivan soon won another frame to make it 2-0.

A turnover costed Ding the sixth one, but the world No. 6 showed no mercy in the next two frames to head into the next round by 5-3.

"My opponent played well tonight with mental superiority after the incident before the match, but I did better," Ding said.

Jason Ferguson, Chairman of World Professional Billiards and Snooker Association, talked about the logo issue after the game, saying "We will find the solution before Ding plays his next match."

Trump made three centuries in his 5-0 victory over Jason Weston. The champion of last year had reached three previous ranking finals recently.

"I feel as if I have improved while a lot of players have stayed still," said Trump, who has reached three ranking finals past weeks. "I'm going to get better every year as long as I keep working hard. I feel my consistency has reached a certain level and I don't think it can dip before the World Championship."