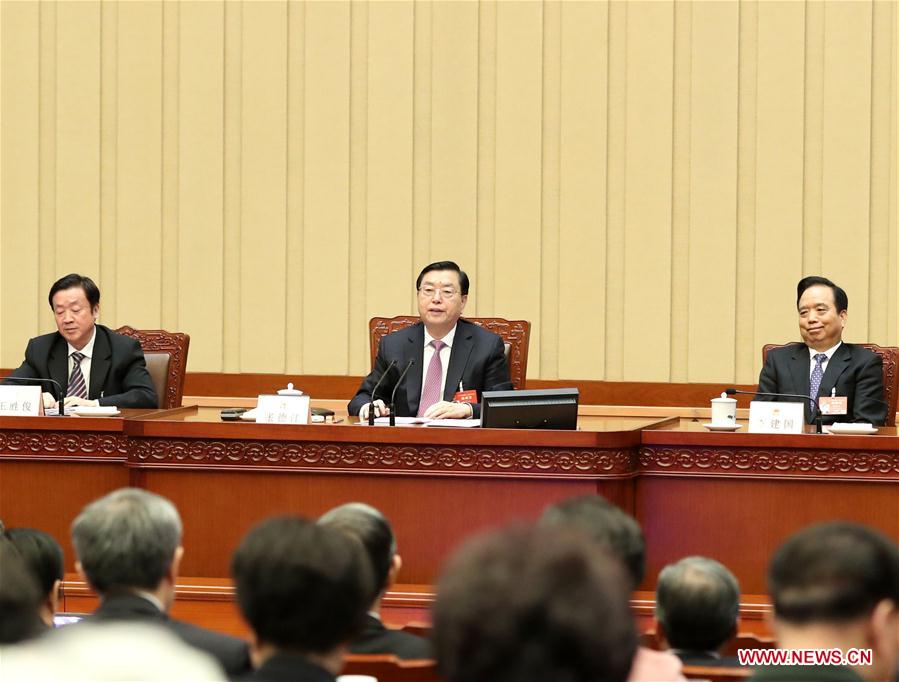 BEIJING, March 14 (Xinhua) -- The presidium for the fifth session of the 12th National People's Congress (NPC), China's national legislature, decided to put 11 documents to vote at the session's closing meeting on Wednesday.

Zhang Dejiang, chairman of the NPC Standing Committee and one of the presidium's executive chairpersons, presided over the third and fourth meetings of the presidium on Tuesday.

Following are the documents:

-- draft resolution on the work report of the NPC Standing Committee;

-- draft resolution on the work report of the Supreme People's Court;

-- draft resolution on the work report of the Supreme People's Procuratorate;

-- draft decision on the quota and election of deputies to the 13th NPC;

-- decision on the resignation of Xu Xianming as an NPC Standing Committee member.

At its third meeting on Tuesday morning, the presidium also approved a report on bills filed by NPC deputies during the annual session this year.

As of March 11, national lawmakers had filed 514 bills with the session's secretariat, including 492 on legislation, 16 on NPC supervision and six on other issues, said Xin Chunying, deputy secretary-general of the session, when delivering the report to the presidium.