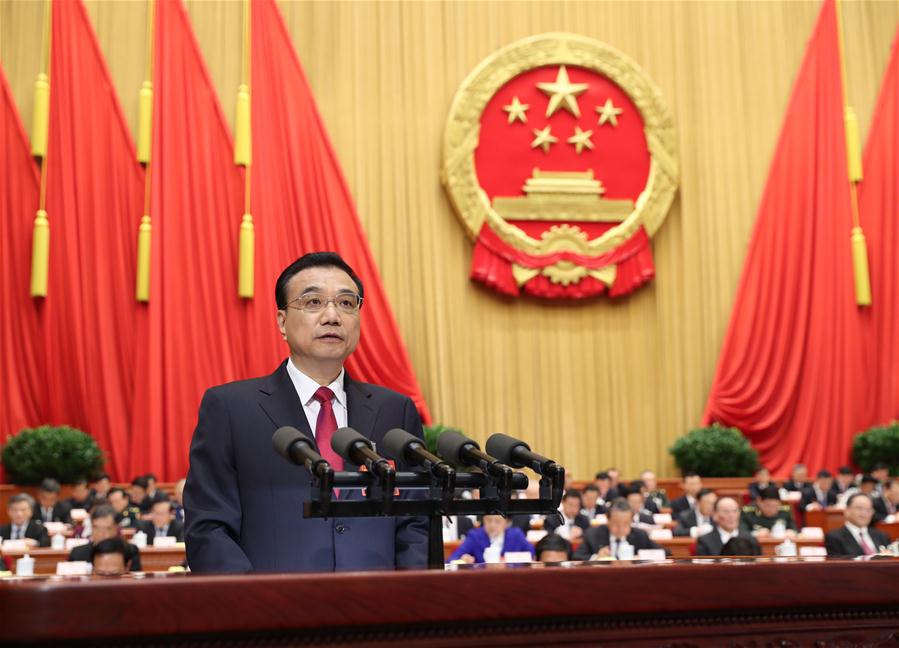 BEIJING, March 5 (Xinhua) -- Numerical targets to reduce coal and steel production capacity have, for the first time, been set in the annual Chinese government work report.

Last year's government work report promised capacity-cutting in the two industries, but did not specify targets.

Continued capacity reduction is in line with market expectations.

China is the world's largest producer and consumer of steel and coal, but gluts can have implications such as depressed commodity and materials prices, reduced profits of debt-ridden firms, and increased non-performing loans that jeopardize financial stability.

While capacity cuts are necessary and have long-term benefits for the economy, the process has not been without challenges.

Huada Steel in eastern China's Jiangsu Province and Anfeng Steel in northern China's Hebei Province were identified by authorities in December for violating capacity reduction efforts in the sector with "extremely bad influence."

Thanks in part to the efforts, China's broader economic growth has showed increasing signs of stabilizing since the latter half of last year, with indicators such as factory prices and industrial profits seeing significant improvements.

"Overall, the negative impact on growth and employment is manageable," wrote UBS economist Wang Tao in a note on excess capacity.

One key initiative in excess capacity reductions is to shut down "zombie companies," which are loss-making, debt-laden, and dependent on government subsidies or bank loans.

"We will strictly enforce all laws, regulations and standards on environmental protection, energy consumption, quality, and safety and make more use of market- and law-based methods as we work to address the problems of 'zombie enterprises'," said the premier in the government work report.

For workers laid off because of capacity cuts, the central and local governments will allocate special funds and take measures to ensure they find new jobs, Li said.