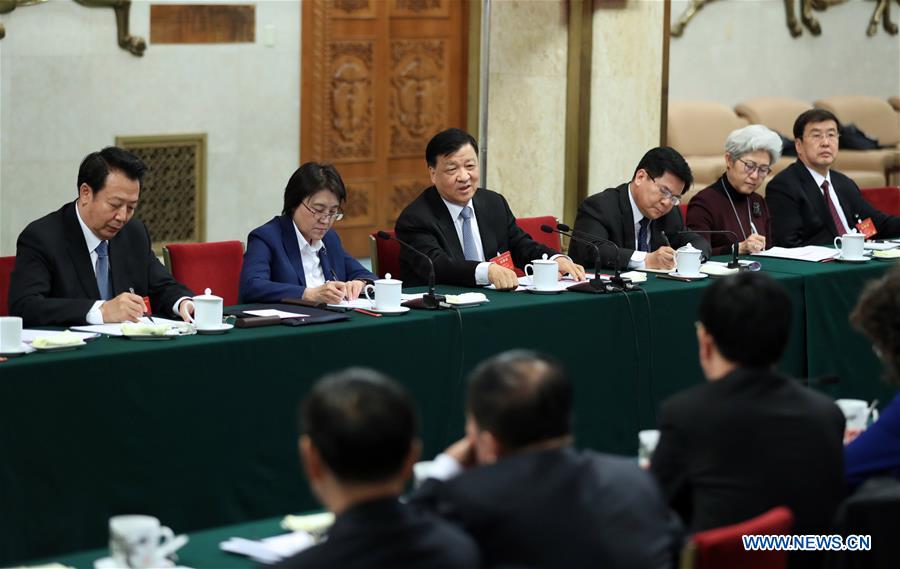 Liu Yunshan, a member of the Standing Committee of the Political Bureau of the Communist Party of China (CPC) Central Committee, joins a panel discussion with deputies to the 12th National People's Congress (NPC) from Inner Mongolia Autonomous Region at the annual session of the NPC in Beijing, capital of China, March 5, 2017. (Xinhua/Xie Huanchi)