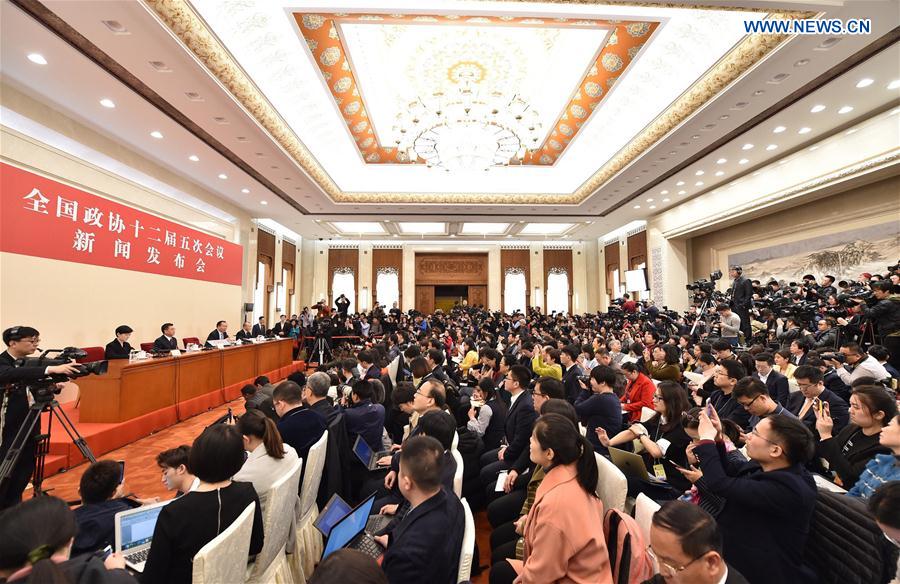 The press conference on the fifth session of the 12th Chinese People's Political Consultative Conference (CPPCC) National Committee is held at the Great Hall of the People in Beijing, capital of China, March 2, 2017. (Xinhua/Li Xin)

A political resolution is also expected to be adopted at the meeting, the spokesperson said.

The political advisors will also be present at the fifth session of the 12th National People's Congress as non-voting participants, hearing and discussing a report on the work of the government and discussing a draft of the general provisions of civil law, Wang added.

The CPPCC is an important organ for multiparty cooperation and political consultation under the leadership of the Communist Party of China. It is an important means of promoting socialist democracy.