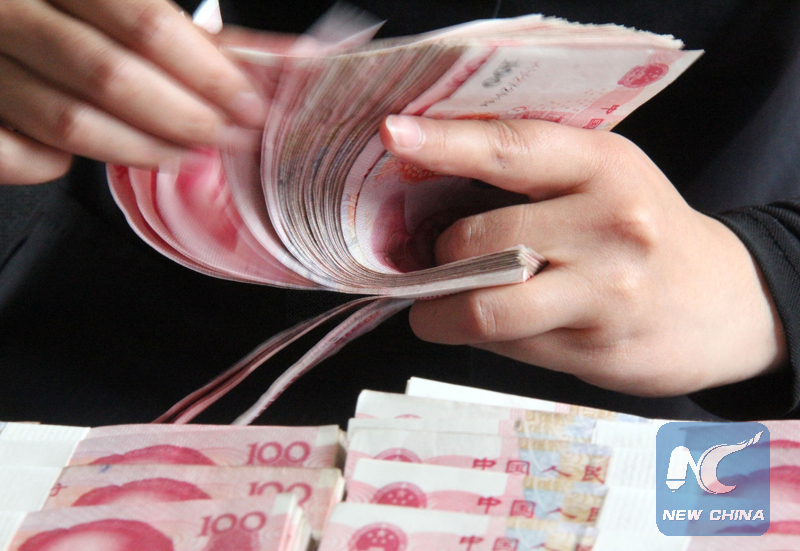 BEIJING, Feb. 15 (Xinhua) -- Less new yuan loans were approved in January for the bubble-prone property sector compared to those issued for industrial firms, adding evidence that the country's real economy is firming up.

Mortgages stood at 629.3 billion yuan, accounting for less than one third of the total, nearly ten percent lower than the share for December.

Nearly 77 percent of the new yuan loans, or 1.56 trillion yuan, are medium and long term credit for non-financial firms. Its share of the total was up by nearly 30 percent from a month ago.

Although January's reading is high, more focus should be put on credit structure which is improving to help rein in asset bubbles and prop up the real economy, observers said.

Dong Ximiao, a finance professor with Renmin University of China, the new data revealed that measures by the central authority to address property speculation had begun to take effect.

Regulators spare no efforts to stem asset bubbles and guide money to the real economy, he added.

The Chinese government has been trying to make the economy more sustainable.

The Central Economic Work Conference, at the end of last year, set the tone for the real estate market in 2017: stable and healthy development."Houses are built to be lived in, not for speculation," according to the conference statement.

Besides the property sector, exports are gaining momentum and manufacturing and factory-gate inflation are warming up at steady pace.

Li Qilin, an analyst with Minsheng Securities, said as the macro economy is firming, the private sector's appetite for financing is growing.

He attributed January's surge to seasonal factors such as banks' vying for high-quality borrowers at the beginning of the year and the carry-over effect of the credit demand arising from a batch of infrastructure projects started late last year.

The central bank data also showed that M2, a broad measure of the money supply that covers cash in circulation and all deposits, grew 11.3 percent from a year earlier to about 158 trillion yuan.

M1, a narrow measure of the money supply which covers cash in circulation plus demand deposits, rose 14.5 percent year on year to 47trillion yuan.

The spread between M2 and M1 growth narrowed substantially in January, a reflection of brisk production and investment activities amid companies' optimism over the macro-economy, Wen Bin, an analyst at China Minsheng Banking Corp., observed.

The widening gap between M2 and M1 has fueled concerns about a "liquidity trap," in which companies remain wary of investing regardless of stimulus from policy makers.

He said a proactive fiscal policy and stable and neutral monetary policy is advisable for the Chinese authority.

China's GDP grew 6.7 percent year on year in 2016, lowest reading in nearly three decades, but within the government's target range.

To prevent the economy from being falsely propped up by easy credit, the authority tightened monetary policy to rein in asset bubbles.