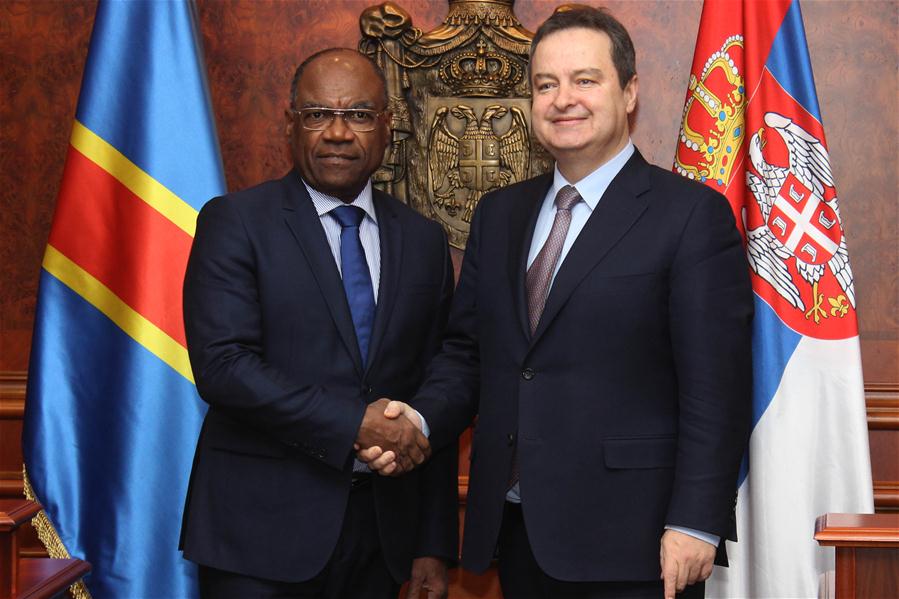 BELGRADE, Feb. 13 (Xinhua) -- Serbia and Democratic Republic of Congo agreed on Monday to give a new impetus to their cooperation through mutual support on the international scene and economic cooperation despite last December's EU sanctions against Congo.

Foreign Minister of Democratic Republic of Congo Leonard She Okitundu visited Serbia and met with his Serbian counterpart Ivica Dacic at the government building where they held a press conference.

Dacic said Serbia and Democratic Republic of Congo agreed to deepen their relations and mutually support each other at the United Nations and other international organizations.

Despite the fact that Serbia is an EU candidate country, it will not join EU's sanctions against Democratic Republic of Congo, Dacic said.

"Democratic Republic of Congo is one of the examples in Africa and the world of double standards of the international community and the heavy burden of colonialism," Dacic said.

"Serbia is ready to help Congo as much as possible when it comes to protection of its national interests. Serbia did not join sanctions and declarations that EU imposed on Congo, because of our friendship," Dacic said after meeting with Okitundu.

Okitundu said that the two countries need to harmonize their attitudes when making important decisions, and that they must insist on determination of the two governments to defend principles of independence, territorial integrity and sovereignty of countries.

"We are against imposing international sanctions to any country and we will do all in our power to stop this practice," he explained.

Dacic and Okitundu agreed that economic cooperation between the two countries can be improved especially in areas of construction, military and technology, energy, education as well as investments.