UN concerned by water shortage for 1.8 million in Syria's Aleppo 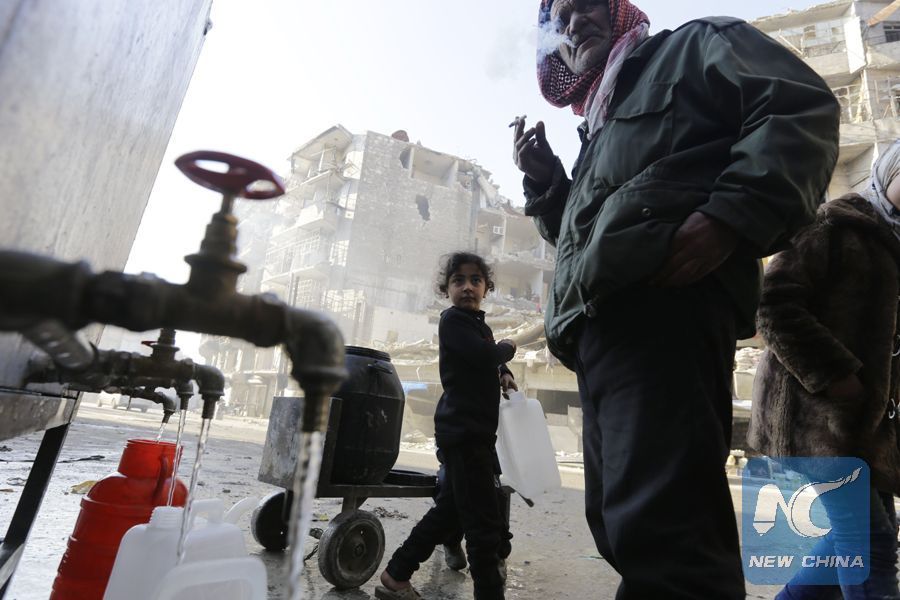 UNITED NATIONS, Feb. 6 (Xinhua) -- The United Nations is gravely concerned that an estimated 1.8 million people in Syria's Aleppo city and its surroundings have been cut off from their main source of water, said UN Spokesperson Stephane Dujarric on Monday.

Dujarric told a daily briefing that the UN continues to respond to the water crisis by supplying fuel to operate 100 deep wells, and is supporting emergency water trucking, reaching nearly 1 million people in need of water assistance.

Noting the severe humanitarian situation in other areas across the country, Dujarric said "the United Nations continues to call for unconditional, unimpeded and sustained access to all 4.72 million people in hard-to-reach locations across the country, including 643,780 in besieged locations."

The Syrian army wrested its full control over the entire city of Aleppo since last December, poising for further military operations in the Aleppo province to drive out Islamic State (IS) militants. Thousands of civilians have been displaced due to the intensive fighting.

So far, the chronic Syrian conflict has killed more than 300,000 people and displaced nearly 11 million others.