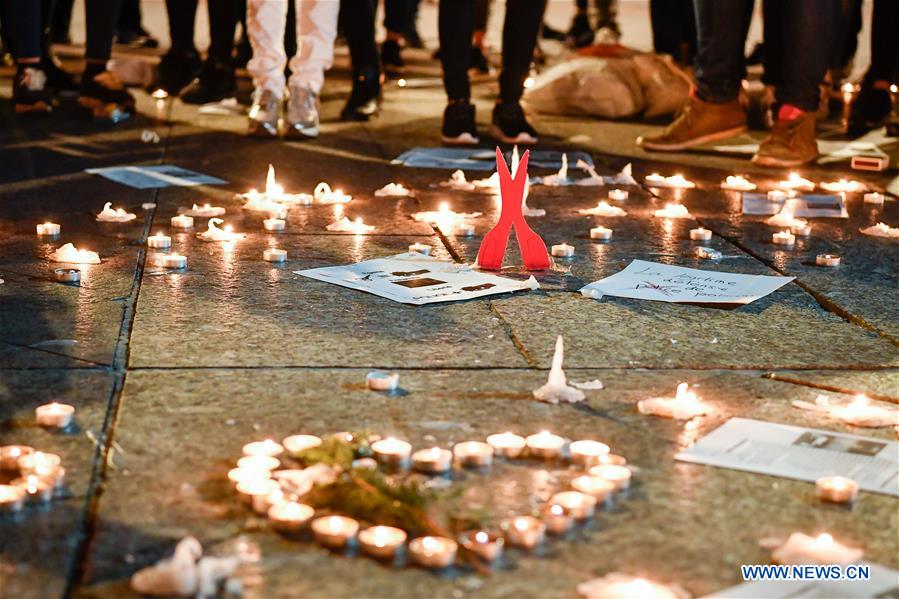 Candles are lit during the demonstration in front of City Hall in Paris, France on March 29, 2017. The demonstration of the Chinese community carried on for the third day in front of the City Hall to protest against police killing of a Chinese national in a conflict last Sunday night.(Xinhua/Chen Yichen)