Press conference on assessment of Brexit consequences held in Brussels 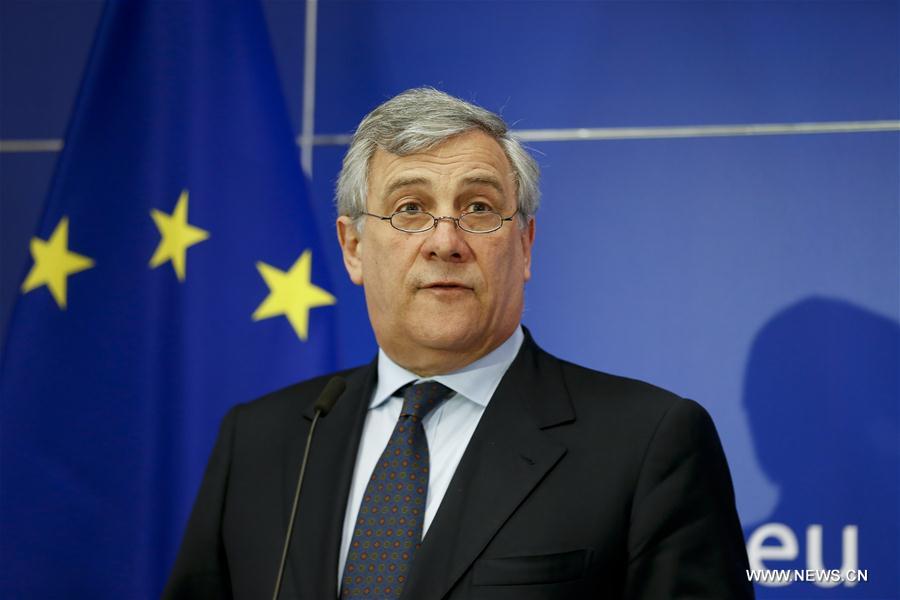 European Parliament President Antonio Tajani speaks during a joint press conference on the first assessment of the consequences of the British government's triggering of Article 50 of the Lisbon Treaty, at the EU Parliament in Brussels, Belgium, March 29, 2017. The Britain on Wednesday officially started the historic process to leave the European Union (EU) as the letter signed by Prime Minister Theresa May is sent to leaders of the bloc. (Xinhua/Ye Pingfan)