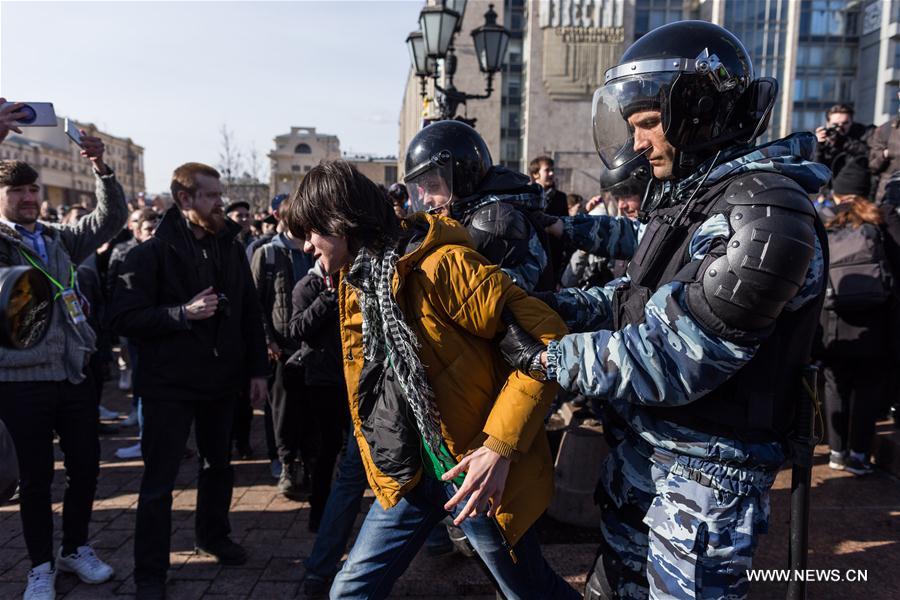 Police arrests a man during an anti-corruption protest in Moscow, Russia, on March 26, 2017. Russian law enforcement agencies acted properly during Sunday's "unauthorized" protest, during which hundreds of participants were detained, the Kremlin said Monday. Official data showed that about 7,000-8,000 people took to the street in downtown Moscow on Sunday in a protest against corruption. Police detained some 500 people during the demonstration. (Xinhua/Evgeny Sinitsyn)