In pics: Day before 2nd anniv. of military intervention in Yemen 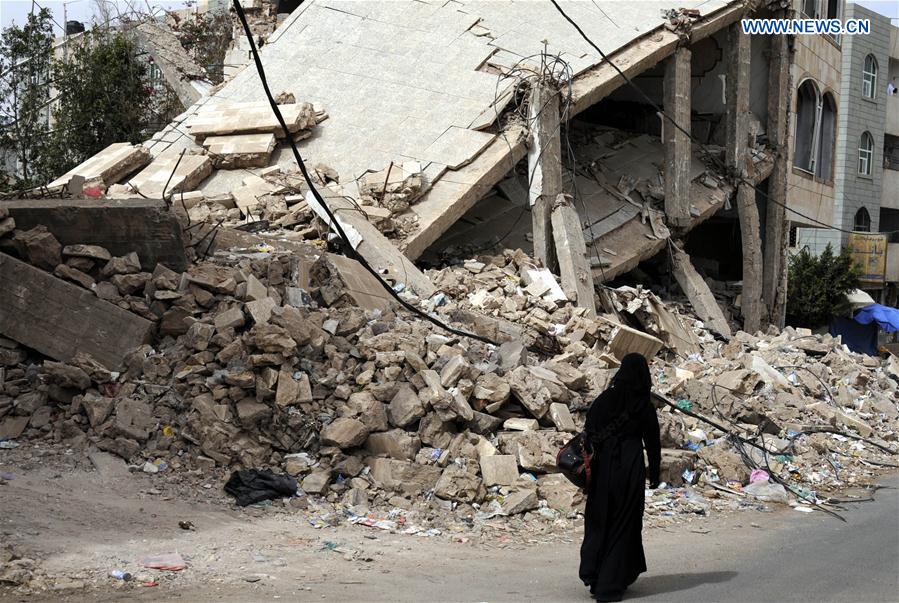 A woman walks past the rubble of a house destroyed in airstrikes at the Airport district in Sanaa, capital of Yemen, a day before the second anniversary of the military intervention in Yemen, on March 25, 2017. As war has been continuing in Yemen for two years since a Saudi-led military intervention, observers started to argue that the goal of the military intervention became unclear, resulting in no military victory yet. According to media reports quoting spokesperson for the Saudi-led coalition, Ahmed Al-Asiri, the coalition has carried out 90,000 airstrikes since March 26, 2015. The consequences of the civil war and the airstrikes are catastrophic as the UN said that Yemen has the world's largest humanitarian crisis since 1945, besides the fact that the war has taken a huge toll on civilians. (Xinhua/Mohammed Mohammed)