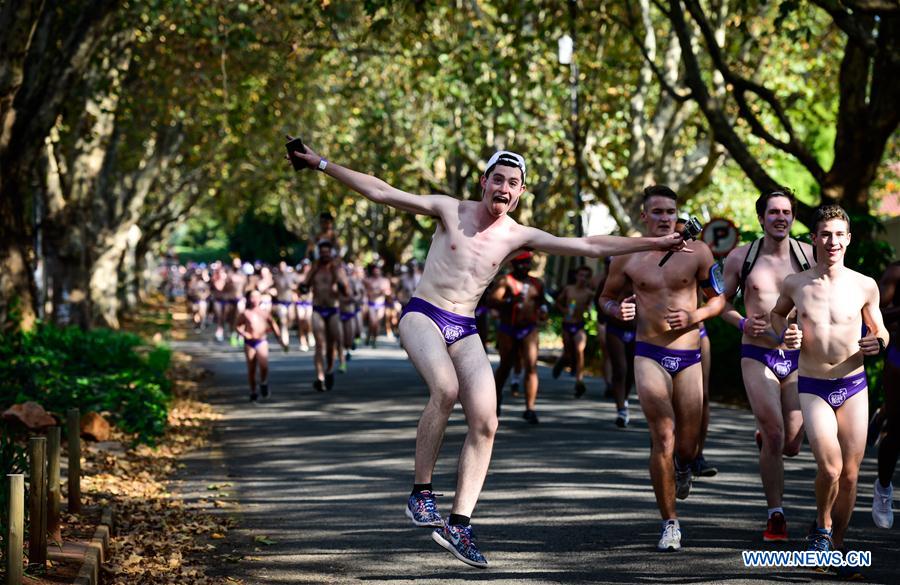 Runners participate in the Daredevil Run around Johannesburg Zoo, in Johannesburg, South Africa, on March 24, 2017. About 2500 men took part in the 2017 Daredevil Run here on Friday while the charity event also kicked off in other three South African cities: Cape Town, Durban and Nelspruit at the same day. The organizers try to raise public awareness of preventing cancer through the 5km initiatives, and they believe that prevention is easier than cure. (Xinhua/Zhai Jianlan)