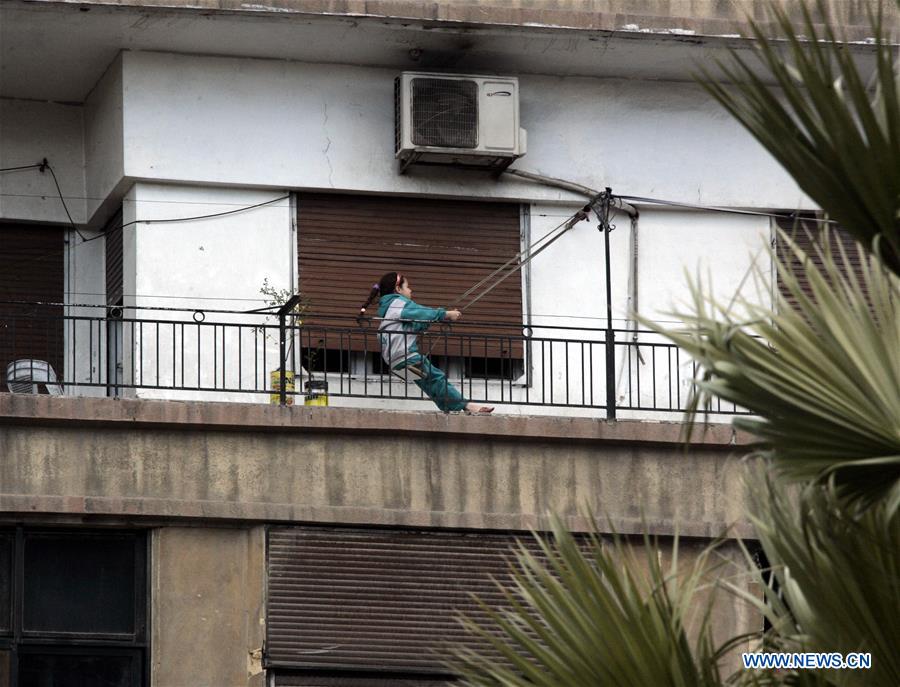 A Syrian girl swings at the balcony of her house in the Abbasyieen area in the east of Damascus, capital of Syria, on March 20, 2017. The Syrian army recaptured all areas fallen during Sunday's wide-scale offensive by rebels in eastern Damascus, the military general command said Monday. The army retook all points lost to the rebels of the al-Qaida-linked Nusra Front and like-minded groups in the factories area at the entrance of the rebel-held neighborhood of Jobar in the Eastern Ghouta countryside of Damascus, said the statement.(Xinhua/Ammar Safarjalani)