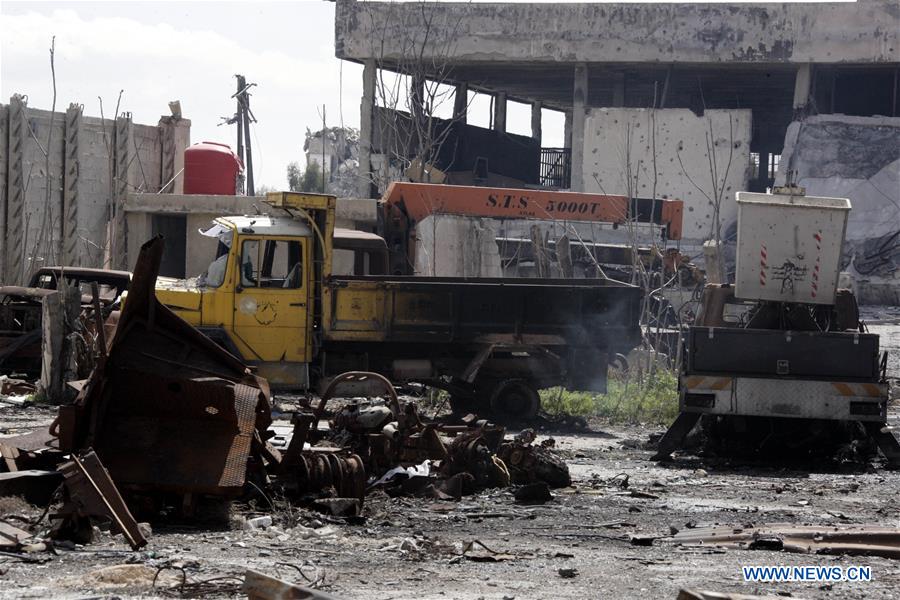 Photo taken on March 20, 2017 shows a scene of destruction at the Electricity Company in the east of Damascus, capital of Syria. The Syrian army recaptured all areas fallen during Sunday's wide-scale offensive by rebels in eastern Damascus, the military general command said Monday. The army retook all points lost to the rebels of the al-Qaida-linked Nusra Front and like-minded groups in the factories area at the entrance of the rebel-held neighborhood of Jobar in the Eastern Ghouta countryside of Damascus, said the statement.(Xinhua/Ammar Safarjalani)