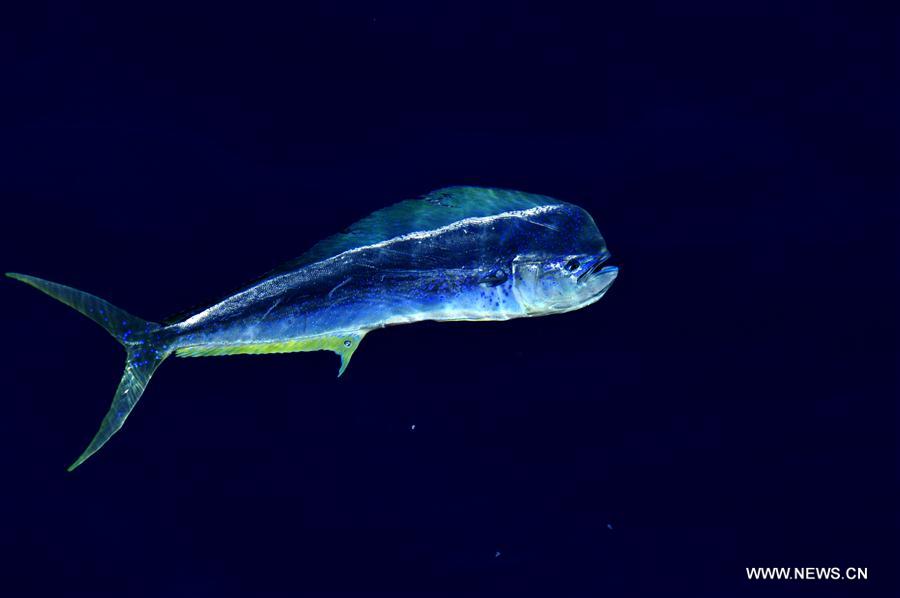 A dolphinfish, also known as Mahi-mahi, is photographed aboard the U.S. drilling ship JOIDES Resolution during an expedition to the South China Sea, March 19, 2017. Dozens of scientists from different countries are on the third expedition to the South China Sea, to explore the formation of the sea as part of the International Ocean Discovery Program (IODP). (Xinhua/Zhang Jiansong)