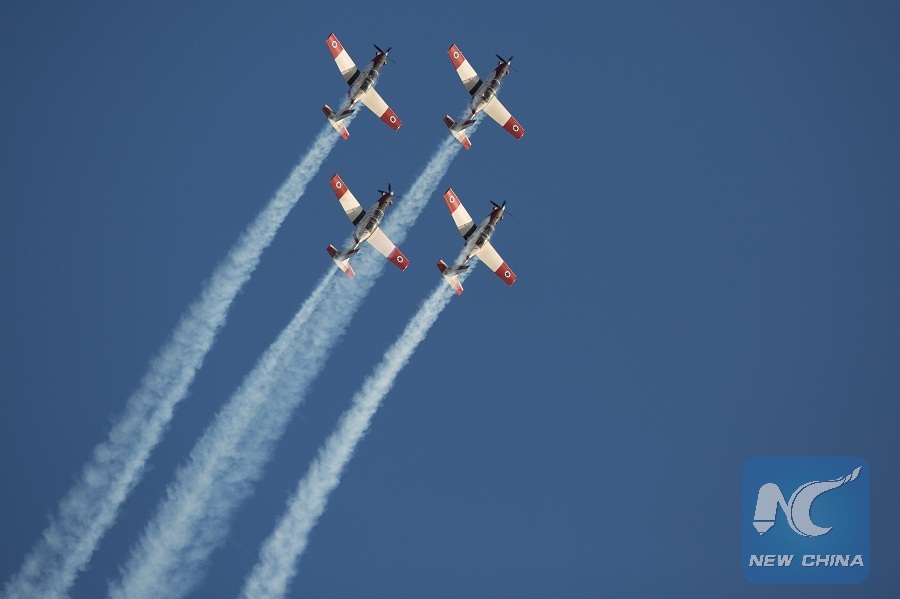 The general command of the Syrian army said in a statement that the system was triggered by Israeli warplanes that infiltrated the Syrian airspace from the Lebanese territory, adding that the air defenses confronted the jets, hitting one directly, and pushing the others to flee.

Hours later, the Israeli forces fired multiple rockets from inside the occupied-territories, targeting a Syrian military site in the countryside of Damascus, leaving only damages.

The general command warned of the "dangerous repercussions of the repetitive aggressive attempts from Israel," stressing the Syrian army's resolve to continue the fight against the terrorist groups in Syria, naming them "the hand of Israel in the region."

Israel, Syria's archenemy, has played positive role in supporting the al-Qaida-linked Nusra Front in the areas between Qunaitera and the Israeli-occupied Golan Heights to keep a sort of a buffer zone and a barrier to keep the Iranian-backed Hezbollah group at bay.

The Israeli warplanes have targeted military positions in Syria before, in what Israel said were positions of the Lebanese Hezbollah group.

Israel made it clear that it would not tolerate any Iranian influence near its borders.