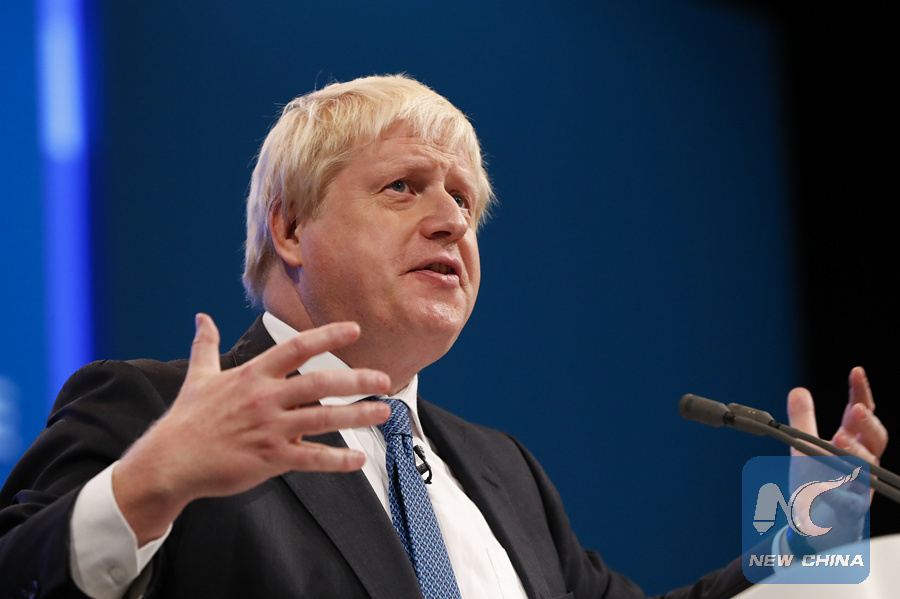 MOSCOW, Oct. 14 (Xinhua) -- British Foreign Secretary Boris Johnson will visit Moscow and both countries are preparing for it, the Russian Foreign Ministry said Saturday without giving the time frame.

"We are planning to focus on the normalization of Russian-British relations through dialogue ... There are a lot of problems and barriers that need to be eliminated," Russia's First Deputy Foreign Minister Vladimir Titov said in a statement.

He hoped that Moscow-London ties will improve during the joint preparation for Johnson's visit.

On Friday, the British Foreign and Commonwealth Office (FCO) announced that Johnson will visit Moscow "towards the end of the year" on the invitation of Russian Foreign Minister Sergei Lavrov.

London saw the visit as an "important opportunity" to discuss Iran nuclear deal, regional stability in the Middle East, containing threats to international peace, and security cooperation ahead of the 2018 FIFA World Cup in Russia.

The FCO said Britain continues its robust engagement with Russia but they have "deep differences," in particular over Syria and Ukraine.