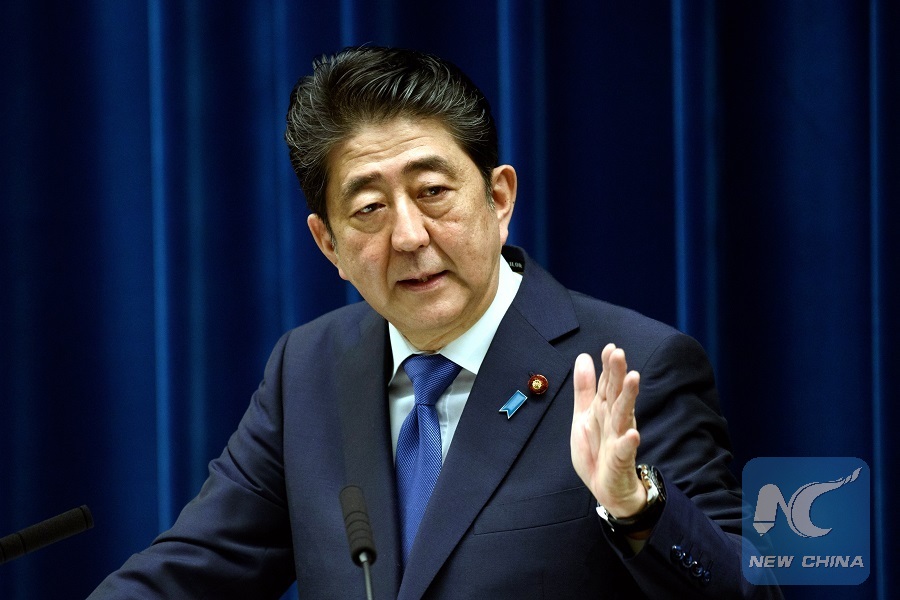 TOKYO, Sept. 26 (Xinhua) -- A senior vice minister in the government of Prime Minister Shinzo Abe resigned Tuesday from the upper house of parliament for indiscretions related to a female acquaintance.

Hiroaki Nagasawa, who belonged to the ruling Liberal Democratic Party's (LDP) coalition Komeito Party ally, relinquished his position in the party as well, for allowing a female to stay in a housing complex for lawmakers, in violation of the party's rules.

Nagasawa, 59, is also expected to give up his role as a senior vice minister of the Reconstruction Agency forthwith, sources close to the party have confirmed.

According to party leader Natsuo Yamaguchi, Nagasawa admitted to the party's Secretary General Yoshihisa Inoue that he had "clearly broken the rules and acted indiscreetly by giving his female acquaintance a key to the complex."

Revelations of Nagasawa's indiscretion came to light following a weekly magazine contacting the party to ask questions on the indiscretion.

The magazine's inquiry led to Inoue quizzing Nagasawa on the issue and the two-term upper house member resigning to account for the scandal.

"As a rule, lawmakers must not let third parties stay in the lodgings, and our party cannot look past this," Yamaguchi was quoted as telling a press briefing on the matter Tuesday.

Lawmakers living outside Tokyo are provided accommodation to stay in by the party to ease their commute and the time spent carrying out their official duties.

The scandal comes as Komeito and other parties are gearing up to go to the polls in a snap general election to be held next month.

Nagasawa leaving the party and Abe's government will deal a blow to the ruling coalition as it has being mired by scandals and gaffes leading to the support rate for Abe's cabinet falling to historic lows in recent months.

Abe has, in part, opted to call a snap election based on his recovering support rate after a cabinet reshuffle, but the latest scandal will do little to help restore public faith in the ruling camp and garner support ahead of the election, political commentators said Tuesday.

Yamaguchi was also quoted as saying Tuesday that the Komeito party intends to "minimize the effect of Nagasawa's resignation on the lower house election."

The Reconstruction Agency, established in the wake of the 2011 earthquake and tsunami disaster to deal with rebuilding efforts, has been beset with gaffe-linked scandals leading to its representatives resigning.

Shunsuke Mutai resigned as parliamentary vice reconstruction minister in March after firstly being criticized for getting a piggyback ride across a large puddle in a typhoon-hit town.

The LDP lawmaker drew flak, thereafter, for saying at a fundraising event that his gaffe led to the government buying more rain boots for officials to borrow, which had helped the profit margins of the boot-making industry.

Masahiro Imamura, meanwhile, quit as reconstruction minister in April after remarking that it was better that the 2011 earthquake hit northeastern Japan rather than the greater Tokyo metropolitan area.