White House says U.S. has not declared war on DPRK 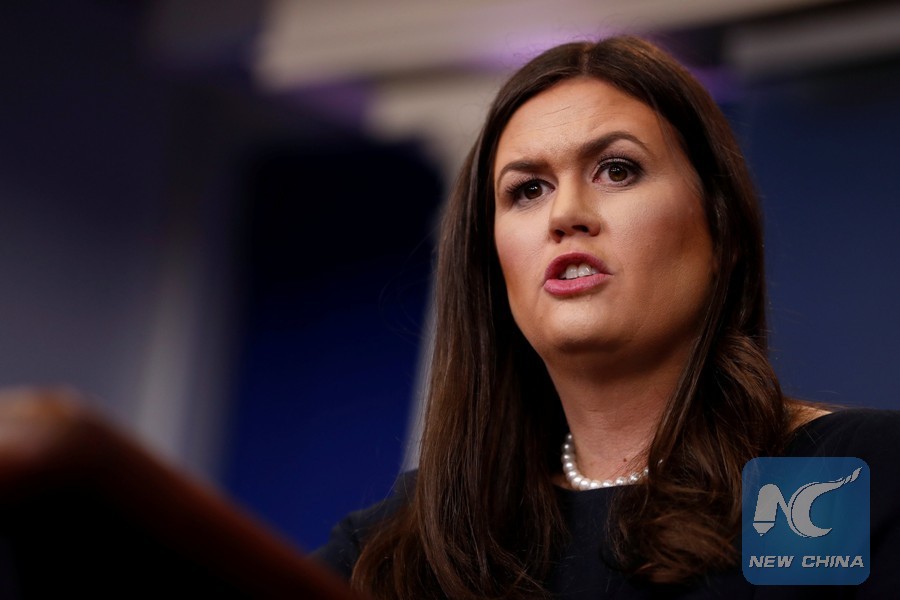 NEW YORK, Sept. 25 (Xinhua) -- The United States has not declared war on the Democratic People's Republic of Korea (DPRK), the White House said on Monday, in response to remarks of the DPRK's top diplomat.

"Last weekend, Trump claimed that our leadership wouldn't be around much longer. He declared a war on our country," Ri Yong-ho, the DPRK foreign minister, told reporters earlier in New York.

"The whole world should clearly remember it was the U.S. who first declared war on our country," Ri said, referring to Trump's tweet message on Saturday.

In response, the White House denied that the United States had declared war on Pyongyang.

"We have not declared war on North Korea and frankly the suggestion of that is absurd," White House spokesperson Sarah Sanders told a regular briefing in Washington.

"Our goal is still the same. We continue to seek the peaceful denuclearization of the Korean Peninsula," she said.

The DPRK foreign minister also said that the DPRK reserved the right to take countermeasures, including shooting down U.S. bombers even if they are not in its air space.

"Since the United States declared war on our country, we will have every right to take countermeasures, including the right to shoot down U.S. strategic bombers even when they are not inside the airspace border of our country," Ri said.

"This is the farthest north of the Demilitarized Zone (DMZ) any U.S. fighter or bomber aircraft have flown" off the DPRK's coast in the 21st century, said the Pentagon, adding that the move underscored "the seriousness with which we take DPRK's reckless behavior."

U.S. President Donald Trump also talked tough on the DPRK. In his first speech at the UN General Assembly on Sept. 19, Trump threatened that the United States "will have no choice than to totally destroy" the country unless Pyongyang refrains from its nuclear tests and missile launches.

Two days later, Trump also signed a new order to ramp up sanctions on the DPRK.

In a statement released on Friday, Kim said "I am now thinking hard about what response he could have expected when he allowed such eccentric words to trip off his tongue," according to the official Korean Central News Agency.

Kim also accused Trump of uttering "unprecedented rude nonsense that one has never heard from any of his predecessors," saying the threat to "totally destroy" a sovereign state has gone beyond the limit.