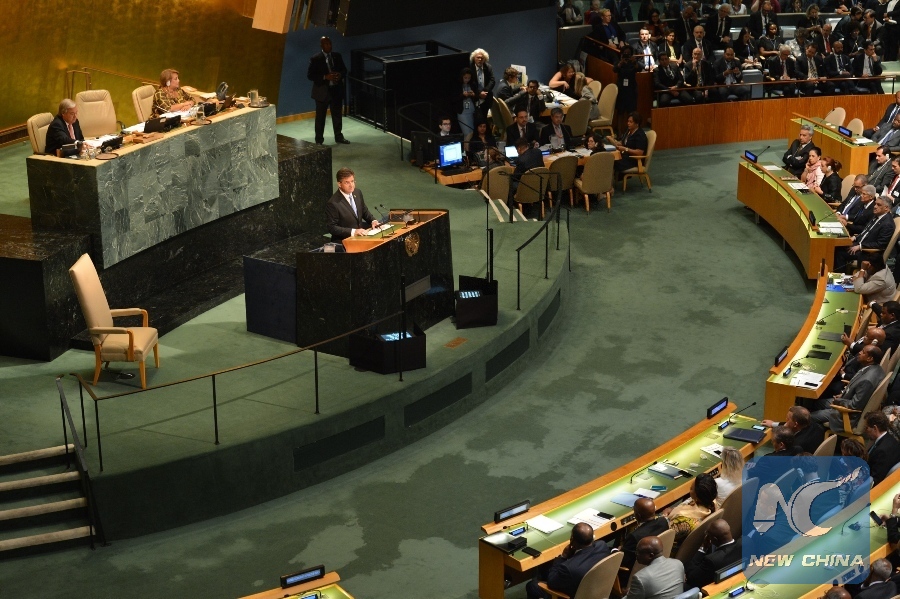 UNITED NATIONS, Sept. 25 (Xinhua) -- The VIP session of this year's United Nations General Assembly (UNGA) concluded here on Monday, after all 196 representatives spoke at the marble podium in the past week.

In his closing remarks, Lajcak said the priorities of the 72nd session would be conflict prevention, human rights, and sustainable development and climate change.

All 196 representatives -- from 193 UN member states plus representatives of Palestine, the Holy See and the European Union -- have spoken at the General Debate, the first time in 11 years, said Lajcak.

During this year's general debate, 421 meetings were held plus 356 side events and 1,528 bilateral meetings, said Brenden Varma, spokesman for Lajack.