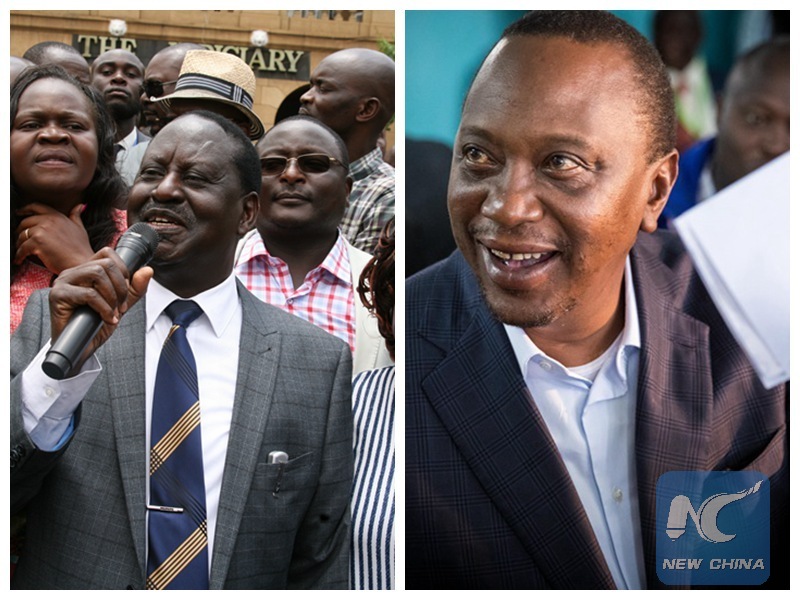 NAIROBI, Sept. 24 (Xinhua) -- East Africa's regional bloc on Sunday called on Kenyans to remain peaceful and avoid acts of violence that may plunge the country into a constitutional crisis ahead of the fresh presidential polls in late October.

The Inter-Governmental Authority on Development (IGAD) said it was concerned by political developments in Kenya that might jeopardize the Independent Electoral and Boundary Commission (IEBC) from conducting credible fresh elections on Oct. 26.

"IEBC must thus not be crippled from executing this mandate. Sabotaging IEBC or boycotting the elections will put Kenya in a constitutional crisis and likely on a path to unconstitutional change of government," IGAD Executive Secretary Mahboub Maalim said in a statement issued in Nairobi.

Maalim said certain political statements and actions may dent people's confidence in the ability of the IEBC to manage the fresh presidential elections.

In line with the position by the African Union, Maalim said, the bloc holds that unconstitutional change of government does not only include military coup d'état; use of mercenaries, rebels or armed dissidents against democratically elected governments; or the refusal by an incumbent government to relinquish power to the winning party after free, fair and periodic elections, but also includes use of violence to undermine constitutionalism and political interference with the constitutional order of a state in order to imperil democratic change of government.

According to Maalim, as the Supreme Court determined, IEBC has to make certain critical administrative adjustments and correct certain errors that became evident on the Aug. 8 general elections.

Odinga has maintained that he will not participate in the Oct. 26 fresh elections until certain reforms and changes are implemented in the IEBC.

Both Kenyatta and Odinga have accused each other of entrenching divisive and tribal politics as fresh polls loom, with the leaders seemingly casting away their campaign promises and engaging in bare-knuckle politics.

Odinga from National Super Alliance (NASA) party contested the election results and filed a petition at the apex court to have them overturned.

The nullification of Kenya's victory in the Aug. 8 presidential elections came after foreign observer missions had unanimously endorsed the voting exercise declaring it peaceful, free and fair.

Maalim said IGAD, based on its prior assessment, is confident that the electoral body can execute its constitutional mandate to facilitate the expression by the Kenyan people of their sovereignty.

"IGAD urges all actors in Kenya to reject those who would seek to interfere with the constitutional order by seeking to disrupt or prevent the court-mandated fresh presidential election, thus putting in peril democratic change of government and ushering in a crisis from which unscrupulous actors can seek undemocratic change of government," he said.

Maalim said the regional bloc will keep a close eye on developments to inform all its member states and the African Union.

"IGAD urges and appeals to the people of Kenya, including political parties and their leadership, plus all constitutional institutions, to jealously safeguard and protect the mode of transfer of power provided for in the constitution of Kenya," Maalim said.

The bloc also called on Kenyan institutions to avoid all statements, provocations and acts that could lead to unconstitutional change of government.

He said actors in the political, judicial and legislative space should be guided by the constitution and its underlying commitment to the will of the Kenyan people as expressed in a free and fair election.

"IGAD is ready to walk with Kenya, shoulder to shoulder, navigating all challenges, as we match towards a peaceful, secure and prosperous IGAD region," Maalim said.