Rouhani slams Trump's speech at UN as "ignorant and spiteful" 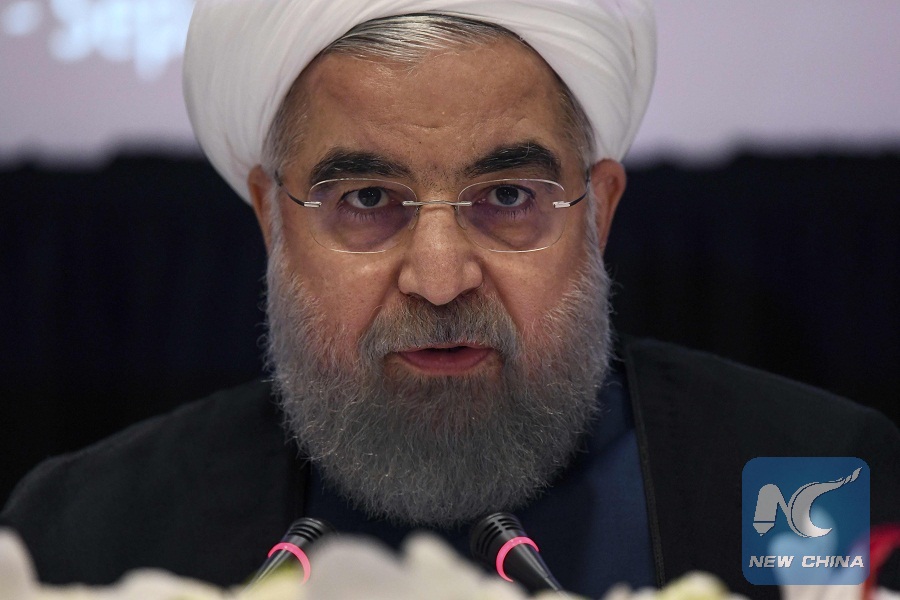 Iran's President Hassan Rouhani answers a question during a press conference in New York on September 20, 2017, on the sideline of the 72nd Session of the United Nations General assembly. (AFP Photo)

Trump's "rhetoric against Iran was ignorant and spiteful, abundant with false information and baseless allegations," Rouhani said, addressing the 72nd session of the UN General Assembly.

During his speech at the UN General Assembly on Tuesday, Trump accused Iran of "destabilizing" the Middle East region and "supporting terror."

Besides, Trump called the Iran nuclear deal, reached during former President Barack Obama's administration, "an embarrassment" for the United States, indicating that he may not recertify the deal at its mid-October deadline.

Trump blasted the deal as "one of the worst and one-sided transactions the United States has ever entered into."

According to the Iran nuclear deal, or formally known as the Joint Comprehensive Plan of Action (JCPOA), all nuclear-related sanctions imposed on Iran will be removed if the country is proved to abide by the deal over the next few years.

In reaction, Rouhani dismissed the U.S. allegations and supported the JCPOA as an international accord.

"The JCPOA does not belong to one or two countries. It is a UNSC document, which belongs to the entire international community," Rouhani said, adding that Iran would respond to any breach of the JCPOA.