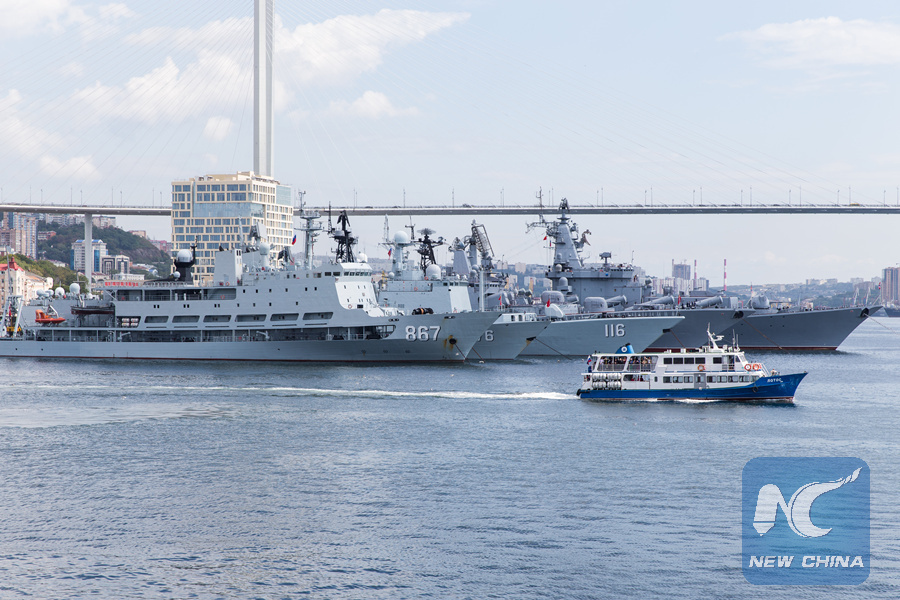 The Chinese naval fleet docks at the port in Vladivostok, Russia, on Sept. 18, 2017. (Xinhua/Bai Xueqi)

VLADIVOSTOK, Russia, Sept. 18 (Xinhua) -- China and Russia started the second stage of their "Joint Sea-2017" military exercises on Monday with the arrival of a Chinese naval fleet in the Russian port city of Vladivostok.

The exercises are scheduled to take place in the Sea of Japan and the Okhotsk Sea, after the first stage was held on July 22-27 in the Baltic Sea.

It is the first time that the venue of the drills has extended to the Okhotsk Sea. Naval forces from both sides will, also for the first time, conduct joint submarine rescue exercises and joint anti-submarine exercises.

The "Joint Sea" drills since 2012 have fully demonstrated the resolution of Chinese and Russian navies to maintain global peace and regional stability, said Tian Zhong, Chinese general director of the exercises.