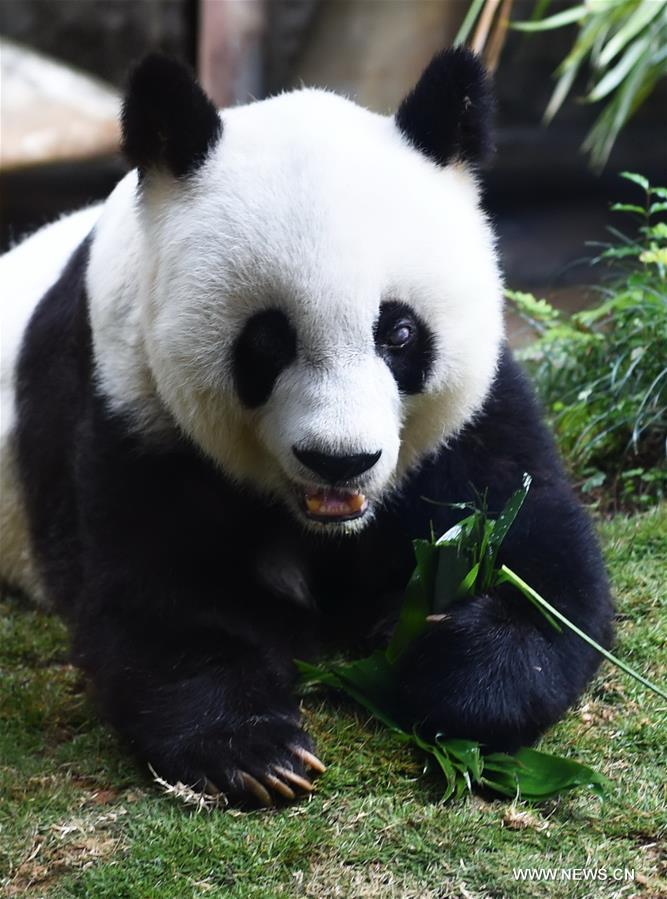 Chen Yucun, director of the center, said Basi had died of multiple illnesses, including liver cirrhosis and renal failure.

"Basi's body will be put in Basi Museum, which is being constructed for people to forever remember her and share the spirit of the harmonious development between humans and nature," Chen said.

Basi became ill in June, and doctors had since tried every means to help prolong her life.

In 1990, Basi was chosen as the model for Pan Pan, the mascot of the Beijing Asian Games, and became a household name.

Many netizens called her Granny Basi, though others preferred to call her Pan Pan.

Basi celebrated her 37 birthday in January. In August, the Guinness World Records confirmed her as the world's oldest living captive panda.

She was very talented and liked weight-lifting, riding a bicycle and playing basketball.

Basi was born in the wild in 1980. At the age of four, she fell into an icy river and was rescued by local villagers from the Basi Gorge in the county of Baoxing in southwest China's Sichuan Province. People named her after the gorge and sent her to the Fuzhou center, where she has lived ever since.

She survived severe illness several times, thanks to the care of her devoted keeper Shi Feining, who died aged 44 in 2016.

Shi took good care of Basi for 27 years, especially during the panda's recovery from high blood pressure and cataract surgery.

The average lifespan of wild pandas is 15 years, while those in captivity usually live longer due to better nutrition and living conditions.

Experts believe the fact that Basi had such longevity while living in in Fuzhou, a very different place from a panda's natural habitat, has important scientific research value.

Fuzhou is very hot in summer. The Strait Panda Research and Exchange Center provides air-conditioning and ice to cool the pandas' living environment.

Chen said the center had invested 20 million yuan (3 million U.S. dollars) to build a summer resort for pandas in Guling Hill in Fuzhou, where the average summer temperature is less than 30 degrees Celsius.

"But Basi had been too old to move. She did not go to the resort this summer," Chen said.

"Rest in peace. You will become another legend in another world," said one post left on Weibo, a Twitter-like service.

"Wish you well in the Panda Planet," another Weibo user said.

Basi died without ever breeding.

Very low birthrates have been one of the major factors threatening the survival of the giant pandas, as is habitat loss, though the species was downgraded from "endangered" to "vulnerable" by the International Union for Conservation of Nature in September last year, thanks to protection efforts by Chinese scientists.

Giant pandas live mainly in the mountains of Sichuan and neighboring Shaanxi and Gansu provinces.

The number of pandas living in the wild was fewer than 2,000, and around 400 were living in captivity as of the end of 2013, according to data from China's State Forestry Administration.