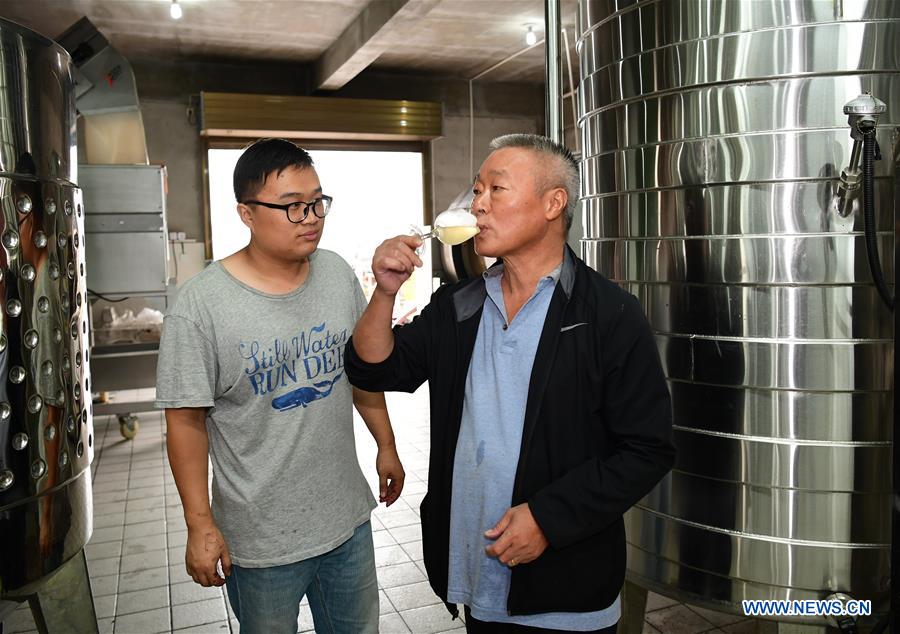 Li Hua (R) tastes fermenting grape wine at his experiment base in Yangling, northwest China's Shaanxi Province, Aug. 29, 2017. After getting a doctor degree in grape and wine in France, Li returned to his hometown Yangling in 1986. At his hometown, he created the major of grape and wine and set up the College of Enology at the Northwest A & F University. Promoted by his team, 650,000 Mu (about 43,333 hectares) of grape fields for wine making have been developed in northwest China's Xinjiang Uygur Autonomous Region, Ningxia Hui Autnomous Region and Gansu Province. (Xinhua/Shao Rui)