Backgrounder: Who's who in Angola's presidential election 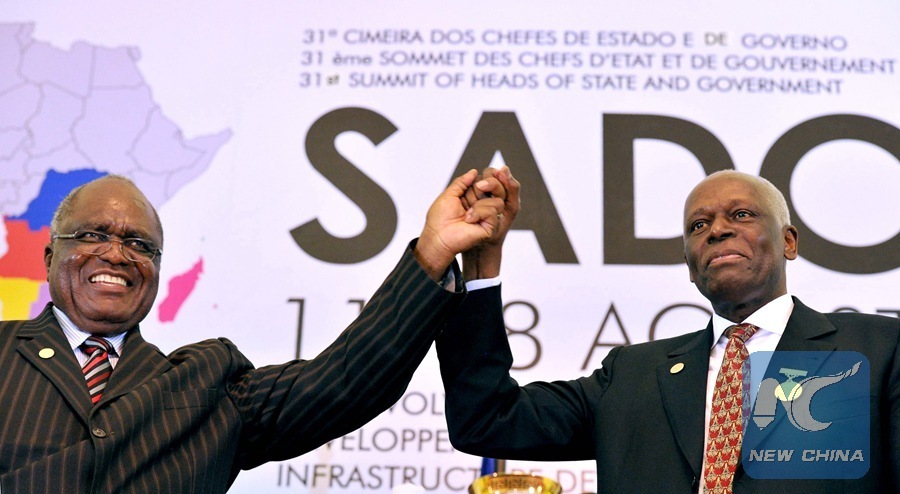 LUANDA, Aug. 23 (Xinhua) -- Angolans are going to the polls Wednesday to elect a new president after some 40 years under the presidency of Jose Eduardo dos Santos.

Dos Santos, leader of the country's majority and ruling party, the People's Movement for the Liberation of Angola (MPLA), has decided not to run for 2017 election, thus giving the chance for a new head of state to be elected, the third since the national independence in 1975.

Six political parties are competing in the election. According to the Angolan constitution, the candidate of the winning party in the election will automatically becomes the president.

Defense Minister Joao Lourenco, 63-year-old veteran of the Angolan army, has been appointed as the candidate of MPLA.

Isaias Samakuva, 71, leader of the National Union for the Total Independence of Angola (UNITA), the second largest political force in the country, has held various positions in his party, among them UNITA's representative in Britain, South Africa and in the European Union.

Abel Chivukuvuku, 59, created the Broad Convergence for the Salvation of Angola - Electoral Coalition (CASA-CE) in 2012 after leaving UNITA where he held prominent positions for more than 30 years. His party obtained 6 percent of the votes and eight MPs in the previous election in 2012.

Benedito Daniel, 56, was elected on May 30 as president of the Social Renewal Party (PRS) during its fourth congress. He has been one of the three MPs from 2012 election.

Quintino Antonio Moreira, 49, who founded the National Patriotic Alliance (APN) in 2015, is running for the first time in the election.

Lucas Benghy Ngonda, 77, is a prominent figure in the National Liberation Front of Angola (FNLA). His party has been losing ground in the Angolan political arena due to constant leadership changes since the death of its founder, Alvaro Holden Roberto, in 2007.

The Angolan constitution allows the president to serve for a five-year term.