News Analysis: Pan-EU cooperation crucial in anti-terror fight, but not so easy 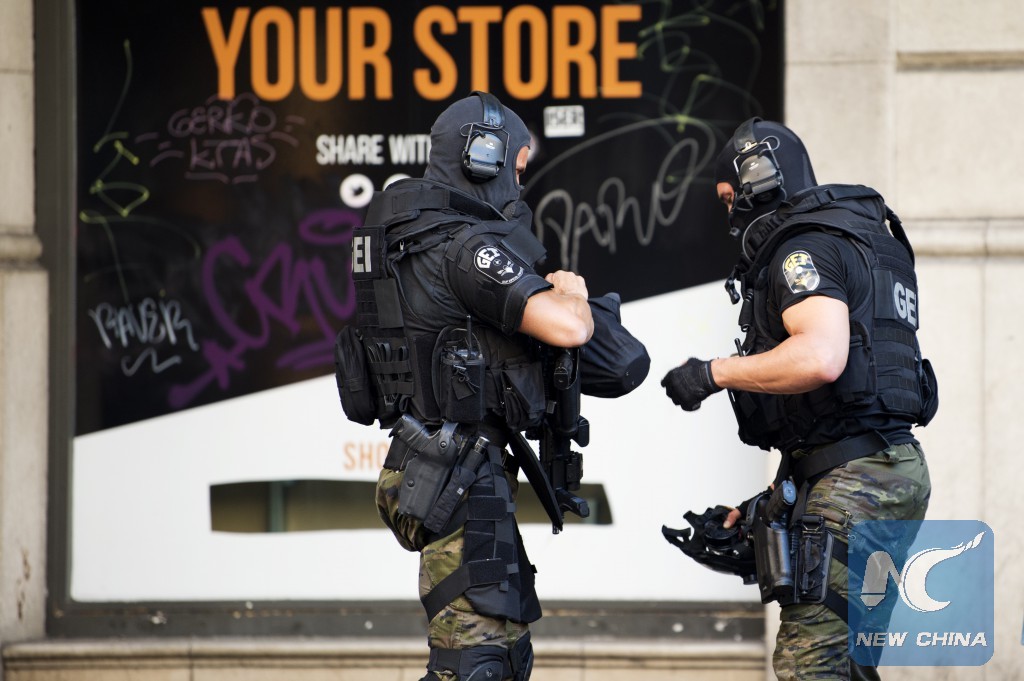 The double attacks in Catalonia last Thursday and Friday, which claimed 15 lives and injured over 120 others, and the knife attack in Turku, Finland, were the latest to rub salt into the EU's wound, as France, Germany, Belgium, Sweden and the United Kingdom still struggle to recover from a number of bloody attacks since 2015.

To fight against this scourge that transcends borders, politicians and analysts have made repeated calls for more cooperation within the EU.

"This terrorism is long-term, so we need vigilance, prevention, deterrence and cooperation in Europe, which are the decisive elements in achieving a definitive fight against terrorism...It is a battle that we must fight jointly," French Foreign Minister Jean-Yves Le Drian said last Friday in Barcelona.

Considerable efforts have been made in recent years in the area of such cooperation, particularly with regard to counter-terrorism measures.

This is the case, for example, with the Passenger Name Record (PNR) directive, adopted by the European Parliament in April 2016.

The PNR is a collection of data acquired by airlines when a passenger books a flight, accessible to EU member states for the purpose of "prevention, detection of serious criminal acts or acts of terrorism."

The European Criminal Records Information System (ECRIS) is another EU-level action that highlights such cooperation.

Since April 2012, the ECRIS has been connecting databases containing criminal records in order to "facilitate, standardize and speed up" the exchange of information on convictions between EU countries.

Moreover, the Schengen Information System also allows the border control services and judicial authorities of a Schengen state to have data on reported persons or vehicles.

These actions are coordinated by EU agencies such as Europo and Eurojust, which facilitate the exchange of information among national police on terrorism, drug trafficking and other cross-border crimes.

However, in spite of all these efforts, obstacles still exist, in particular regarding the exchange of information at European level.

In her paper "The battle against terrorism in Europe: cooperation in all its states," Chantal Lavallee, associate researcher at French thinktank Osintpol, underlines the reluctance of member states to enable more competences in areas related to their national security and sovereignty.

In terms of intelligence, "it remains difficult to conceive an exchange at European level, whereas even within countries there are still many problems of coordination between collection and analysis, internal and external dimension, civil and military, judicial and strategic information," explains Lavallee.

In this respect, Europol and Eurojust have a key role to play, but member states must also proceed with information exchange, the importance of which they acknowledged in February 2015, according to the researcher.

"Of course, cooperation between member states is growing, but it remains limited and fragmentary," she commented.

The case of Salah Abdeslam and Abdelhamid Abaaoud, two of the key suspects of the Paris attacks on Nov. 13, 2015, illustrates the difficult coordination between countries, in which the effectiveness of information sharing became questionable.

Abdeslam was not known to the French intelligence service while he was under the supervision of the Belgian police who never informed France.

As for Abaaoud, it is still unclear how he was able to travel from Syria to Seine-Saint-Denis in north Paris without any country informing France, even though his name was already on an international arrest warrant.

Adding to the difficulty of coordination, the perception of terrorist threats varies among member states.

For France, the fight against terrorism, specifically against the Islamic State (IS), must continue outside the European borders, according to the French foreign minister, who paid a visit to the French citizens wounded in the Barcelona attack.

"Outside, it means continuing until IS is eradicated where it is. It's on the right track, but not yet over," said Le Drian.