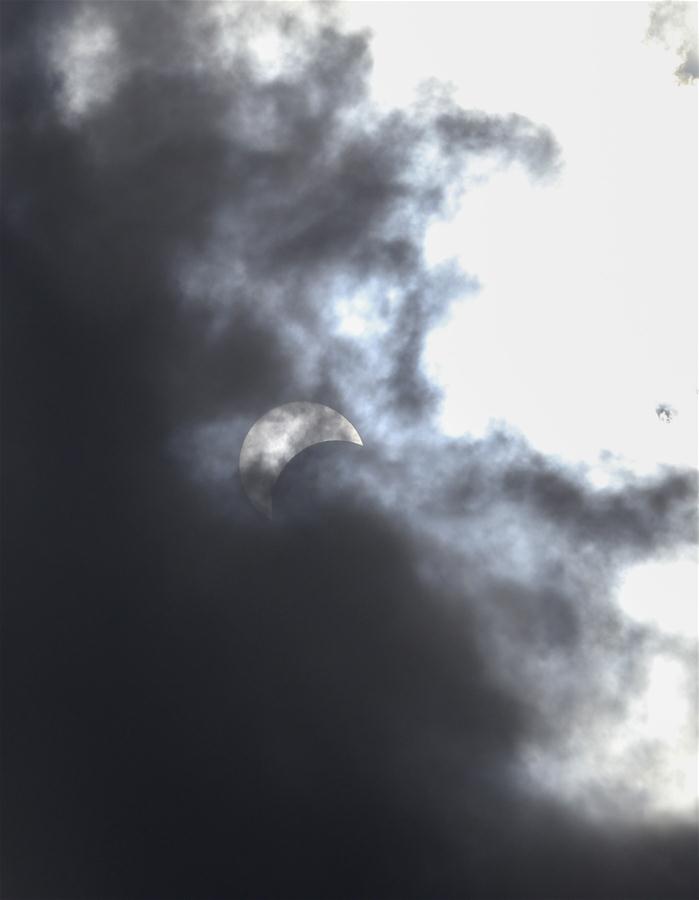 Photo taken on Aug. 21, 2017 shows that the moon eclipses the sun during the process of a partial solar eclipse over New York, the United States. A once-in-a-century total solar eclipse is spanning the continental United States on Monday, creating a 70-mile-wide (112 kilometers) path of totality stretching from Oregon in the Pacific Northwest to South Carolina on the Southeast Coast. Observers outside the path of totality will see only a partial solar eclipse where the moon covers part of the sun's disk. (Xinhua/Wang Ying)