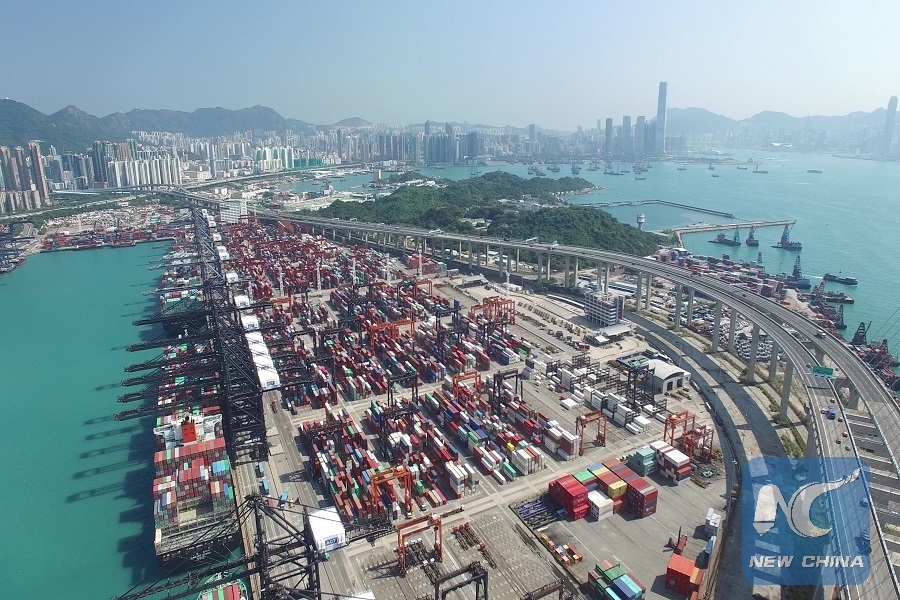 SINGAPORE, Aug. 2 (Xinhua) -- Visiting Hong Kong Chief Executive Carrie Lam said on Wednesday that a HK-ASEAN Free Trade Agreement (FTA), which is likely to be inked by the end of this year, is mutually beneficial for both the Hong Kong Special Administrative Region of China and ASEAN member countries.

Hong Kong's active role in the Belt and Road Initiative added to the justification of the view, she said while meeting the press after launching a photo exhibition.

On her first official visit abroad since taking office on July 1, the chief executive is on a tour which will also take her to Thailand.

"Singpore and Thailand are Hong Kong's largest and second-largest trading partners in ASEAN, and I want to thank the governments of the two countries for their support in facilitating an anticipated free trade agreement between Hong Kong and ASEAN, which would hopefully be signed by the end of this year after a three-year discussion," she said.

Lam said that she advocated more pragmatic fiscal policies and more investments on education and infrastructure.

The chief executive would meet Prime Minister Lee Hsien Loong and other Singaporean government officials during her two-day visit to the city state.

On Wednesday afternoon, Lam attended the opening ceremony of a photo show together with Singapore's Senior Minister of State for Culture, Community and Youth Sim Ann and Chinese Ambassador to Singapore Chen Xiaodong, which was held at the Arts House.

Some 50 photos were on display to showcase the images of Hong Kong in the 1950s, when the Singapore-born photographer Lee Fook Chee immigrated to Hong Kong.

The exhibition was presented by the Hong Kong Economic and Trade Office in Singapore and a foundation to commemorate the 20th anniversary of Hong Kong's return to China.

"The photos from the 1950s Hong Kong convey the can-do spirit of people of all backgrounds who helped to build our city, values or hard work, creativity and determination that we all share," Lam said at the opening ceremony.