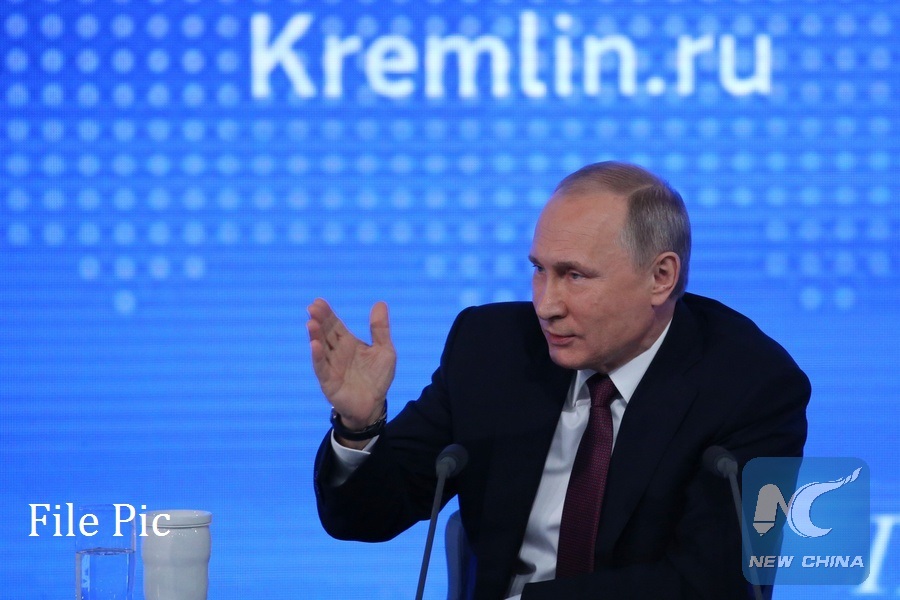 The cooperation between China and Russia brings balance to the world, and it is not directed against anyone, said Putin. "We are not starting military blocks," he said.

Putin made the remarks at a press conference in Punkaharju, a resort in Savonlinna, eastern Finland where he was paying a working visit to observe the centenary of Finnish independence.

Talking about the joint naval exercise that kicked off in the past weekend in the Baltic Sea, Putin said Russia and China have strategic cooperation in the fields of economy, politics and military.

Putin also expressed appreciation of the roles of the neutral countries along the shores of the Baltic.

There are six NATO countries in the Baltic region, whereas Finland and Sweden are not affiliated with the military alliance.

Finnish President Sauli Niinisto reminded that "this is not the first exercise between China and Russia," adding that Chinese navy has been in the Mediterranean before.

"Also Finland takes part in exercises in the Baltic, such as upcoming Aurora with Sweden and the U.S.," said Niinisto. "Aurora is not intended to form blocks as well," he said.

As part of the annual military cooperation program, the drill codenamed "Joint Sea 2017" aims to jointly carry out rescue missions and protect the safety of maritime economic activities.

Chinese navy has sent a fleet of three vessels and some helicopters and marines to take part. A second leg of the exercise will take place in the Sea of Japan and Okhotsk in September.

The two countries staged a joint drill in the South China Sea last year and similar exercises in the Mediterranean and the Peter the Great Gulf in the previous year.