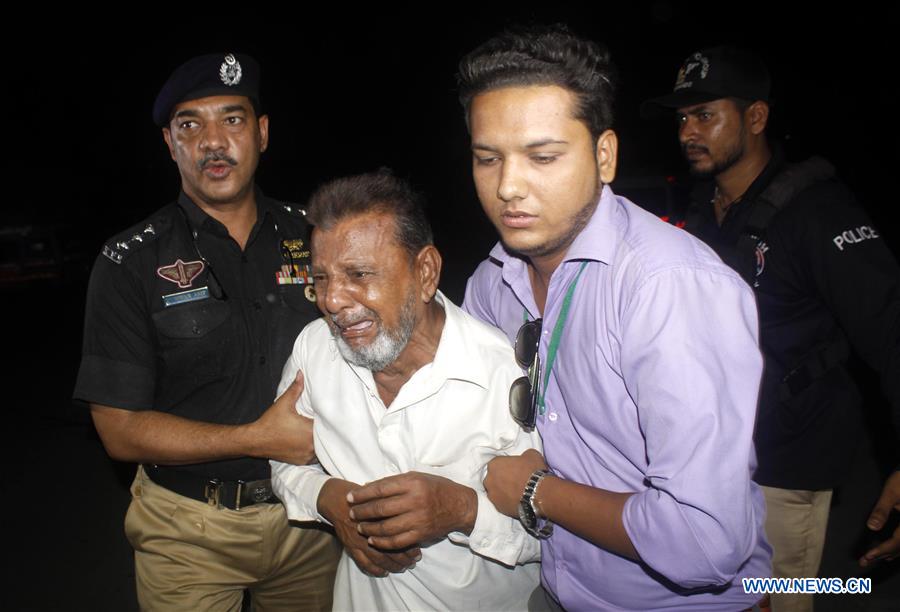 A man mourns over the death of his relative at a hospital following the gunmen attack, in southern Pakistani port city of Karachi, on July 21, 2017. At least four people including three policemen were killed and another was injured on Friday evening when unknown gunmen opened fire at a police vehicle in Pakistan's southern port city of Karachi, police said. (Xinhua/Arshad)