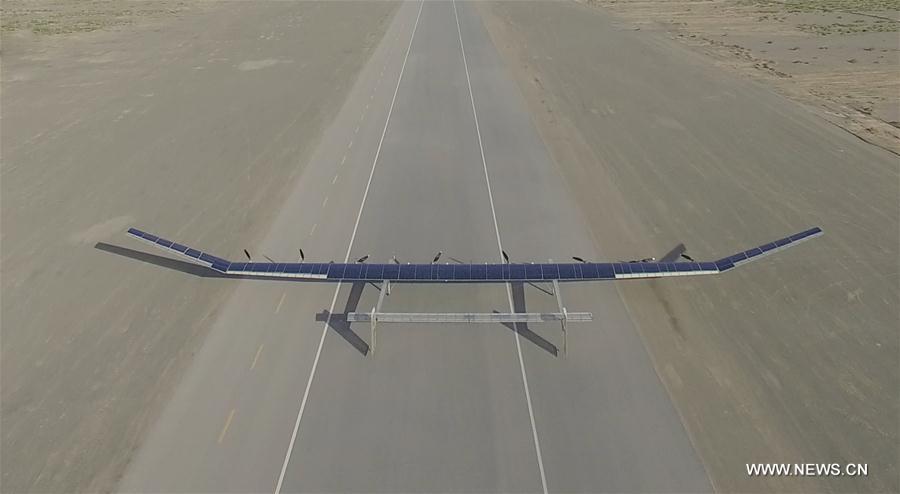 Photo taken on May 24, 2017 shows a solar drone on its test flight. China has successfully tested near-space flight of its largest solar drone. With a wingspan of 45 meters, the solar-powered drone is capable of flying at an altitude of 20 to 30 kilometers, and cruising at a speed of 150 to 200 km per hour for a long time. The unmanned aerial vehicle will be used mostly for airborne early warning, aerial reconnaissance, disaster monitoring, meteorological observation and communications relay. (Xinhua)