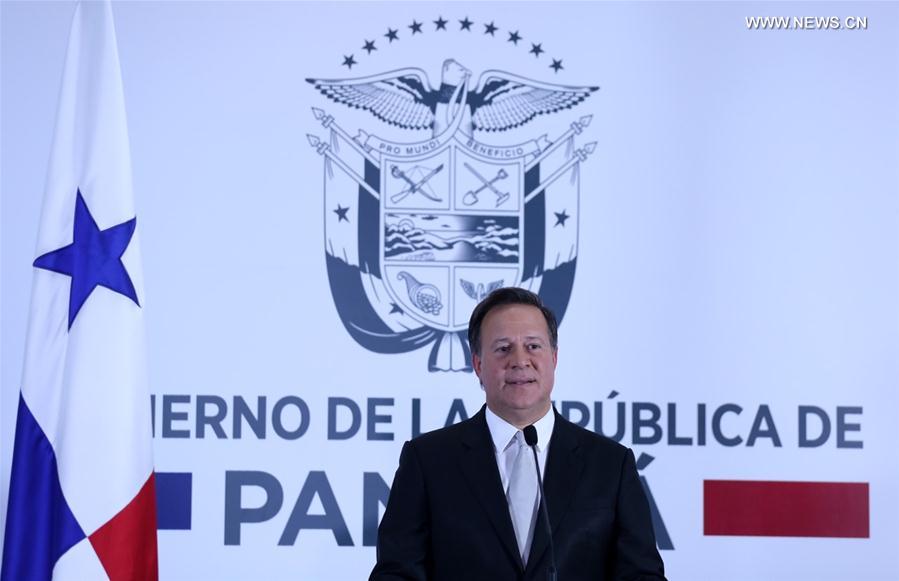 In the nationally televised address, Varela stressed the historic ties between the two countries, a relationship that goes back more than 160 years.

The move "is also a recognition of the Chinese-Panamanian community, which has played an important role in the economic and social development of Panama, taking part in all of our country's economic, political and social activities, and some even coming to occupy important posts in the Panamanian government," said Varela.

The first group of Chinese immigrants, he noted, arrived in Panama in 1854 to work on the construction of the trans-isthmus railway, which served as the main international cargo route until the Panama Canal was built.

The two countries made history again when the Chinese cargo carrier Cosco Shipping Panama became the first vessel to pass through the newly expanded Panama Canal on June 26, 2016, said Varela. China is now the second largest client of the Panama Canal.

China set up an office of commercial development in Panama in 1996. Since then, the two countries have maintained cooperation in various fields.

Formal diplomatic relations between the two countries were established after Panama cut its ties with China's Taiwan.