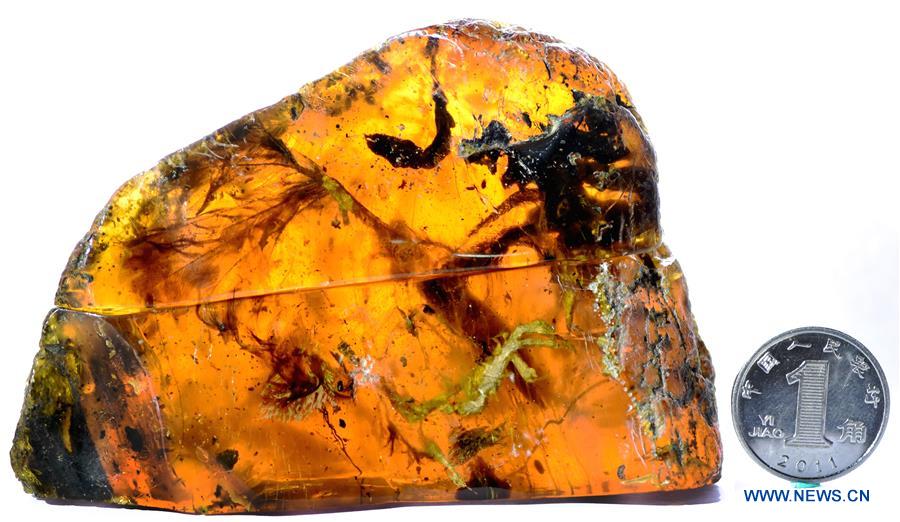 Photo shows the nearly intact hatchling preserved in an amber. An international team of scientists have identified the most complete hatchling specimen found so far encased in a Burmese amber, which provides a detailed look at young birds that lived nearly 99 million years ago. The paper titled "A mid-Cretaceous enantiornithine (Aves) hatchling preserved in Burmese amber with unusual plumage," co-authored by a group of Chinese, Canadian and American scientists, was published by Gondwana Research this month. (Xinhua)