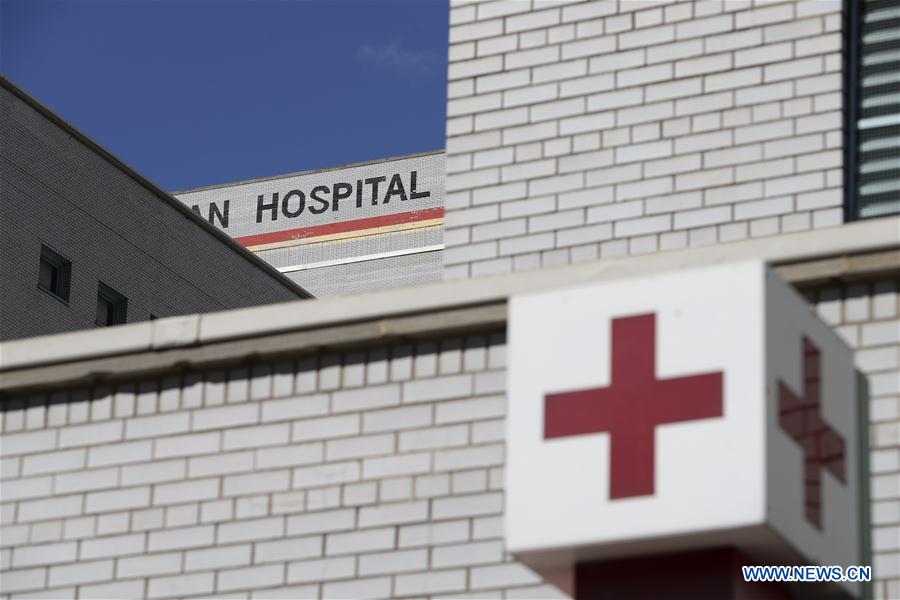 Photo taken on May 3, 2017 shows the exterior of a hospital in New York, the United States. U.S. Republican-controlled House of Representatives on Thursday pushed through a new version of the American Health Care Act aimed to repeal and replace major parts of Obamacare, by a vote of 217-213. (Xinhua/Wang Ying)

WASHINGTON, May 4 (Xinhua) -- As a sudden but predicted victory for U.S. President Donald Trump, Republican-controlled House of Representatives on Thursday pushed through a new version of American Health Care Act aimed to repeal and replace Obamacare, by 217 to 213 votes.

The bill was passed in the House with only one more vote than needed. All Democrats voted against the bill on the House floor, while 20 Republicans voted no. The Obamacare repeal, one of Trump's key campaign promises, would usher in sweeping changes to the U.S. health care system in the coming years.

The vote was thought a major breakthrough for Trump who failed to get any major legislations passed by the Congress during his first 100 days in the White House.

Following the voting, Trump, together with Vice President Mike Pence and dozens of House Republicans, celebrated the victory at the White House Rose Garden, touting the bill as a "great plan" while claiming Obamacare "essentially dead."

"It's going to be an unbelievable victory... when we get it through the Senate." he said.

"A lot of us have been waiting seven years to cast this vote," House Speaker Paul Ryan said earlier Thursday.

House Republican leaders had scrambled for enough support before the voting after having a series of changes added since an earlier version was pulled from a House floor voting at last minute in March.

Also on the day, frustrated Democrats warned that the Obamacare repeal will leave Americans worse off.

"Make no mistake, many people will die as a result of this bill," House lawmaker Debbie Wasserman Schultz, a Democrat from Florida, said on ABC.

Sensing the challenges ahead in the Senate, Pence told the crowd: "Welcome to the beginning of the end of Obamacare."

The bill is now sent to the Senate where it is widely expected to face fierce partisan fights and significant revisions.

First, the House voting was in high stakes since the latest version of the bill emerged only days ago and the Congressional Budget Office has yet to analyze its costs and impact on people's ability to obtain insurance.

"Do you believe in what is in this bill?" House Minority Leader Nancy Pelosi said Thursday."Some of you have said ... well, they'll fix it in the Senate. But you have every provision of this bill tattoos on your forehead you will glow in the dark on this one."

Second, similar with the situation in the House, no Senate Democrats are expected to support the bill. Therefore, the 52 Republicans in the Senate could afford to lose only two votes to have the bill passed. Vice President, acting as the Senate Speaker, would cast a vote in the event of a tie.

Third, if the Senate does approve its own version of health care bill, it must reconcile the differences with the House version to compose a compromise package. It is unsure if the Senate-made changes can garner enough support from House Republicans.

Under the latest version of the House bill, all 50 U.S. states will be allowed to apply for waivers from key Obamacare provisions and set their own standards.

Tax increases on people earning more than 250,000 dollars a year and a range of industry groups including health insurers, drug makers, medical device manufacturers and tanning bed salons will also come to an end under the House bill.

In contrast, elder or sick Americans would be charged more under the new bill. Under Obamacare, insurers can't charge a 64-year-old more than three times as much as it does a 21-year-old. The new bill would let insurers charge older customer five times as much. States could also opt out of Obamacare's required set of benefits or allow insurers again to charge some sick patients more for coverage in certain circumstances.

However, the bill would keep in place a key provision of Obamacare allowing younger Americans to stay on their parents' health plans until age 26.